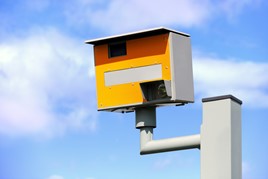 Four out of five drivers (82%) are in favour of using speed cameras to automatically fine drivers travelling more than 10mph over the limit near schools, a study by IAM RoadSmart has found.

During Road Safety Week 2020 (November 16-22), IAM RoadSmart is highlighting findings from its annual Safety Culture Study of 2,000 motorists, that also highlighted different attitudes to speeding, with only 63% of drivers supporting the use of cameras to detect those driving 10mph above the limit on motorways.

Neil Greig, policy and research director at IAM RoadSmart, said: “It is reassuring to see that most motorists we surveyed are in favour of using speed cameras to improve road safety outside schools. Speeding in towns may be universally disliked, but we still have a long way to go before the same message gets through on motorways.”

The study found that acceptance of motorway speeding remained consistent with drivers aged 17 to 96, but also found an increase among drivers who travelled longer distances, as 56% of those who cover over 10,000 miles on the road each year believed it acceptable to reach speeds of 80mph or more on the motorway.

Men are three times more likely to drive above 100mph than women, a recent study by Brake has found.

Greig said: “Speeding causes more than 4,000 casualties each year on UK roads – that’s an average of 11 people a day killed or seriously injured. So, it is extremely disappointing to see such apparent acceptance of speeding on motorways, and we need to do more to create a fundamental shift in attitude and behaviour here.”

In seprate research, from Venson Automotive Solutions, it found that more than half (52%) of drivers do not believe that existing penalties for breaking the speed limit are adequate, and more than a quarter (27%) of people would like to see a full review of the speeding penalty system.

Venson says the survey findings reveal an appeal for new drivers to have a speed limiter fitted for the first two years after passing their test, but people are calling for speed-limited devices to be fitted as standard to all cars to remove the risk of offending.

For repeat speeding offenders, penalties such as a reducing the number of points allowed before disqualification and offering speeding offenders the option of having a speed-limiter fitted in lieu of a fine or a speed awareness course.

During Road Safety Week, Venson is urging fleet managers and businesses to support the campaign’s ‘No need to speed’ theme, and ensure employees are aware of their responsibilities when it comes to speeding.

Simon Staton, director of client management at Venson Automotive Solutions, said: “When a driver is on the road for work, they represent their company – whether in a company branded vehicle or not.

“Employees who speed, not only put themselves, other road users and pedestrians at serious risk but also risk legal penalties for their employer should an accident happen and damage to the company’s reputation.

“As a responsible employer, a strong and well-understood code of conduct for driving whilst on company business should be an important part of the employee induction process, ongoing driver training and company vehicle policy.

“We would advise fleet managers to adopt strategies that not only create awareness among their company drivers of the consequences of speeding, but also reward good driving habits.”

Licence Bureau has also reiterated the message to all business drivers and fleet operators, following its own research highlighting a lack of speed awareness, with only one in 1,5000 business drivers correctly identifying 16 speed limit scenarios. 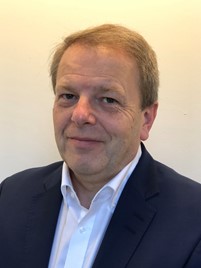 Steve Pinchen (pictured), sales director at Licence Bureau, said: “There were 1,721 reported road deaths in 2019 with a total 153,158 reported casualties according to data from the Department for Transport (DfT).

“Someone is injured on a UK road every four minutes. With it estimated that more than a third of all road accidents involve someone who is ‘at work’, without doubt, driving for work presents a risk which needs attention.

“Drivers and businesses need to ensure they operate in a compliant manner – whether that be within the boundaries of corporate, legal or road legislation – and focus on the duty of care to all employees.”

Police forces and safer roads partnerships are being urged to adopt a new speed camera enforcement strategy to reduce the number of deaths and injuries on UK roads.

A third of drivers admitted to breaking the speed limit, with older, higher-earners among the worst offenders, a new survey has revealed.

More than a quarter (28%) of male drivers admit they have driven above 100mph, more than three times the number of women, new research from Brake suggests.