Almost 80,000 new company cars were registered to fleet and business in April as the market continued to show signs of recovery, according to the latest figures from the Society of Motor Manufacturers and Traders (SMMT).

Year-to-date, 318,991 new cars have been registered to fleet and business compared to the 259,017 units registered during the same period last year, a 23% uplift.

Fleet and business registrations now account for 56% of the market, with 567,108 cars registered overall.

There were 141,583 new car registrations in April, with 79,648 new company cars registered to fleet and business.

In April 2020, at the start of the first lockdown, just 3,450 new company cars were registered.

Meryem Brassington, electrification propositions lead at Lex Autolease said: “The last twelve months have been incredibly tough for the automotive industry and it’s encouraging to see registrations on the rise.

“Buoyed by the lifting of lockdown restrictions and reopening of showrooms, the industry can start to look forward to market activity returning to normal levels.”

This year’s monthly total dwarfed that recorded in April 2020, when the first national lockdown effectively shut the country, and just 4,321 cars were registered.

Total plug-in vehicle market share broadly followed the trend seen in recent months, accounting for just over one in eight vehicles, or 13.2%.

Unusually, plug-in hybrids (PHEVs), at 6.8% of the market, were more popular than battery electric vehicles (BEVs) at 6.5%, following cuts to the plug-in car grant. Monthly BEV uptake was down compared with Q1 2021 overall, however, as they had been running at 7.5% of total registrations.

Brassington said: “While adoption levels remain in their infancy, it’s encouraging to see the sustained growth of EVs on the UK’s roads, with today’s figures up 566% on this time last year.

“Ultimately, the more choice drivers have with longer-range vehicles, the more we’ll be able to truly accelerate along the Road to Zero.

“Government departments and OEMs need to continue to work together to maximise the opportunities to encourage EV uptake.”

Overall registrations for 2021 are 32.5% down on the average recorded over the past decade. However, in light of the more upbeat economic outlook, SMMT has revised its forecasts upwards from 1.83 million – based on a snap poll in February – to around 1.86 million new cars to be registered by the end of the year, a 13.9% increase on 2020.

Mike Hawes, SMMT chief executive, said: “Market confidence is improving, and we now expect to finish the year in a slightly better position than anticipated in February, largely thanks to the more upbeat business and consumer confidence created by the successful vaccine rollout.

"That confidence should also translate into another record year for electric vehicles, which will likely account for more than one in seven new car registrations.”

BEVs are now expected to account for 8.9% of all registrations by year-end – down from the 9.3% initially forecast in January, in light of March’s changes to the plug-in car grant. With PHEVs anticipated to take a 6.3% market share, total plug-in vehicles should comprise 15.2% of all cars registered in 2021.

Jon Lawes, managing director of Hitachi Capital Vehicle Solutions, said: “With the UK overtaking France in Q1 to become the second largest EV market in Europe, I’m confident that consumers will continue to drive an upturn in demand over the coming months, largely led by EV sales which continue to outperform the sector.”

Lucy Simpson, head of EV enablement at Centrica Business Solutions, says that these latest figures are “encouraging proof” that businesses and individuals are increasingly choosing low-carbon vehicles over traditional petrol and diesel options.

She continued: “For the momentum in the EV rollout to continue, it’s essential that the Government takes action to address common barriers to adoption such as access to charging infrastructure.”

Recent research into business attitudes towards EVs by Centrica Business Solutions revealed that range anxiety was the chief concern for a third of UK firms.

Simpson says that investment in a network of public charging points that are fairly distributed across the UK, not just concentrated in bigger cities, will be crucial to the UK’s ability to achieve its Road to Zero targets.

“If we are to ‘build back better’ from the impact of Covid-19, financial incentives that help promote the uptake of EVs among both businesses and individuals must also remain a priority for policymakers,” she said.

Centrica Business Solutions says UK businesses are planning to spend £16 billion on plug-in vehicles in 2021 - a 50% uplift on the previous year.

The research revealed that UK firms spent £10.5bn on electric vehicles (EVs) and on-site charging points during the year to March 2021 but are now planning £15.8bn of investment in the same area over the next 12 months.

Two fifths (40%) of those questioned said they had increased the total number of EVs within their fleet between April 2020 and March 2021.

Of these businesses, six in 10 (58%) cited the need to meet corporate sustainability targets as the biggest driving factor behind their increased adoption of EV, followed by reducing operational disruption caused by low and zero-emission zones (51%) and the attraction of the lower maintenance and whole-life costs offered by EVs (37%).

Two-thirds (67%) of all companies polled claimed they are well-prepared to operate a fully electric fleet by 2030, when the Government’s ban on the sale of petrol and diesel vehicles comes into effect.

Almost half (46%) of businesses polled plan to install charging points on their premises to facilitate the uptake of EVs across the next twelve months, although more than a third (37%) have already installed this infrastructure.

The research also revealed that three in ten (30%) firms have already invested in on-site technology capable of generating the energy to charge their fleet of EVs, such as solar panels, while almost half (48%) plan to do this in the future.

Rachel Maclean, transport minister, said: “As we accelerate towards our net-zero future, I’m delighted to see UK firms at the forefront of the electric vehicle revolution.

“With British businesses set to increase their investment in electric vehicles by 50%, the message is clear – the future is electric.”

Brassington says that as the UK looks to build back better from the pandemic, she is continuing to see businesses align their fleets with their overall sustainability goals and replace traditionally-fuelled vehicles with ultra-low emission vehicles.

“Fleet managers have a real opportunity to drive forward the sustainability agenda and help contribute towards the UK’s wider net-zero targets,” she said. 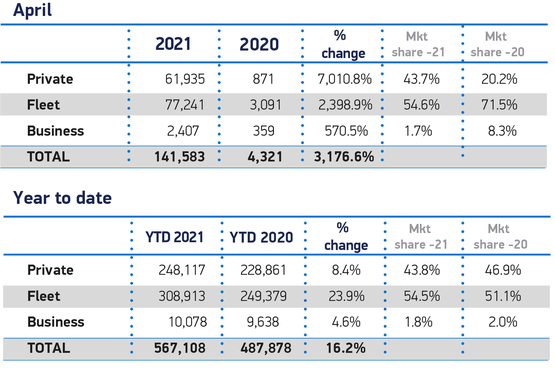 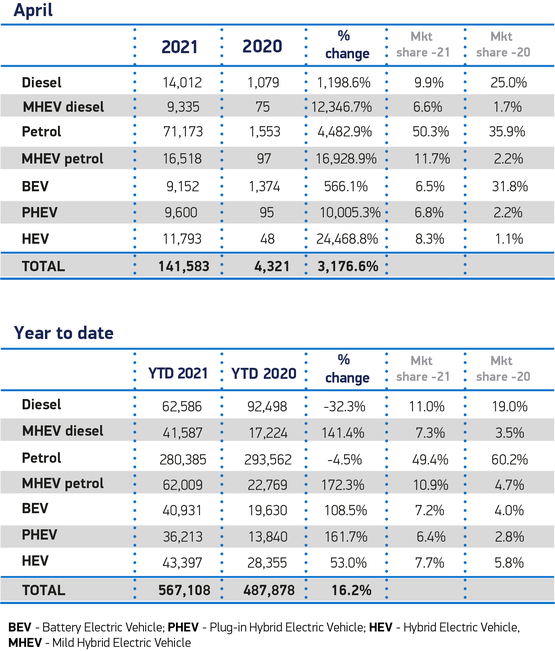 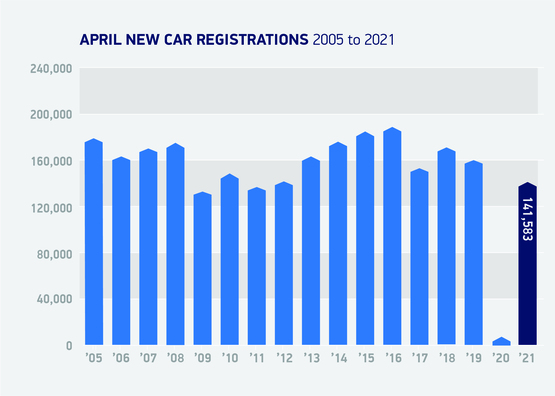 Rent-to-buy vehicle provider WeFlex will provide up to 200 MG 5 cars to ride hailing drivers this year as part of its new electric vehicle offering.