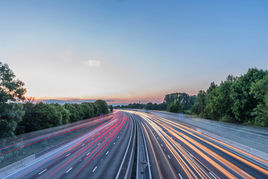 Fleets are being warned to expect unprecedented levels of traffic on UK roads due to drivers planning in excess of 29 million staycations this summer.

New research from the RAC, based on a study of 2,500 drivers, reveals that the number of drivers making firm staycation bookings has surged 20% since April.

The RAC figures suggest the West Country – Cornwall, Devon, Dorset and Somerset – will receive the largest numbers of holidaymakers (30%), followed by Scotland (14%), Yorkshire (8%), the Lake District (6%) and East Anglia (6%).

Drivers were also asked how far from home they’ll be holidaying in the UK, and results suggest many of us will be travelling much further than usual.

RAC spokesman Rod Dennis said: “Our research shows that, while most people have already made their plans, if as expected travel restrictions limit the numbers taking foreign holidays, then those booking last-minute trips in the UK will likely soar, adding to what we expect to already be an extremely busy summer on the roads.”

Uncertainty around foreign travel could have the effect of boosting the volumes of traffic on the UK’s roads even further, particularly as Office of National Statistics’ data shows as many as 9.4m overseas trips were made in August 2019.

Just 7% of drivers expect to take a summer holiday elsewhere in Europe, down from 10% in April. And of those drivers who are still holding on for a foreign trip this summer, 34% say they will end up holidaying in the UK instead if pandemic restrictions affect their plans.

While the car on its own is the most popular means of going on holiday this year, accounting for 90% of trips that will be made by personal transport, 5% will involve towing a caravan or trailer, and a further 5% will be in a motorhome.

Dennis said: “Our research also suggests a possible prolonged summer season this year – the return of children to schools in September doesn’t look like it will signal a huge drop in summer holidays, with a third of drivers saying they’re planning to take a UK staycation in September.”

Separate research from Autoglass suggests  four-in-five in drivers (85%) will be headig out to explore the country’s homegrown attractions. This is a significant increase from 2017 when a third of British adults said they were planning to holiday in the UK, it says.

More than half (57%) of road users are planning a trip to the countryside and 56% heading off to the seaside. Just 15% say they are unlikely to visit any UK attractions by car this summer.

As we approach ‘Freedom Day’, almost half (47%) of car owners surveyed said they expect to use their vehicles more frequently in the next three months, with only 7% of respondents said they will drive less.

Those drivers that are likely to use their car more frequently say this is due to discomfort around taking public transport and increasing Covid-19 infection rates, while those saying they will use their car less frequently attribute this to still working from home, changing holiday plans, and the delay to loosening restrictions from June 21.

Neil Atherton, sales and marketing director at Autoglass, said: “Summer is here, the weather is heating up, and more vehicles are returning to our roads, as recent statistics from the Department of Transport revealed weekend traffic is at 103% and weekdays at 97% of pre-pandemic levels."