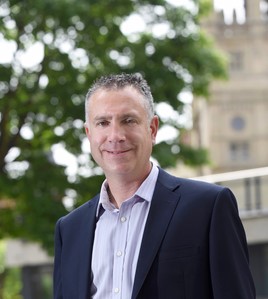 Its Live trade values reported an overall increase of 3.1% at the three-year point during the month of July, equivalent to more than £425 per car.

Derren Martin (pictured), head of valuations at Cap HPI, said: “Despite a number of distractions for consumers over the last month, such as England’s progression to the final of Euro 2020; high numbers of people self-isolating; hot, sunny weather; and the school holidays, consumer demand has remained very healthy.

“Our Live values in July experienced the fifth month of increases. The market continues to be in unchartered territory as the level and consistency of recent rises have simply not been experienced before. The last three months have seen the largest single increases in any month since we started to chart Live values almost 10 years ago.”

Some electric cars have also seen price increases. Average values of three-year old and older vehicles have risen at a faster pace than petrol and diesel, with Tesla Model X and S showing some of the largest increases.

With long lead times on new cars, an increase in the acceptance of EV technology, and improved disposable income, Cap HPI says strong demand is now showing through.

With consumer demand high and supply low, retailers are continuing to pay high prices for wholesale cars. They have also had to be more creative with how they source stock – competing with high offers from car buying services to ensure they get part-exchanges to be able to retail, being more active than normal on comparator sites and buying more cars than in previous years from private buyers.

Average used car values rose above £9,000 for the first time on record in June at BCA as sold prices outstripped market expectations by a significant margin.