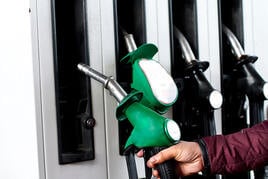 Previously, petrol hit a new record high on February 12, when the average price of a litre topped 148p for the first time ever (148.02p). The previous high price was set in late November at 147.72p. Diesel also reached a new all-time high at 151.57p.

“The price of oil is likely to go above $100 and stay there on the back of traders fearing future disruptions in supply. This spells bad news for drivers in the UK struggling to afford to put fuel in their cars.

“With retailers quick to pass on any wholesale price rises they experience, we could sadly see the average price of unleaded hit 150p in the next few days and diesel approaching 154p.”

Paul Holland, managing director for UK Fuel at Fleetcor, however, says that although fuel prices are extremely high, fuel retailers have actually slashed retail margins by almost half in order to keep them affordable to businesses and the public.

“In the last six weeks the retail margin on fuel has been cut from 14.8p per litre to 8.6p, likely to soften the blow of rapidly rising prices,” he said. “Retailers know that headlines about record fuel prices are bad for business.

“Although fleets won’t often be able to cut back on fuel, members of the public might choose to use public transport or only fill up half of their tank to save money.

“Although they aren’t able to fully control what prices will be and as businesses they will always need to turn a profit, retailers seem to be doing everything they can to keep fuel prices at a point where they are affordable.”

Petrol falls by 2p a litre but RAC data suggests price of unleaded should have come down by 12p.

Pump prices could increase further after the price of oil reached a seven-year high, with fears an invasion of Ukraine will disrupt supply.