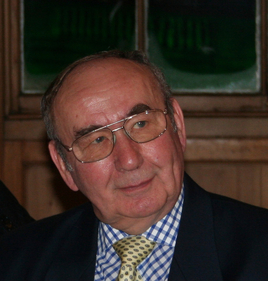 Barnes had a long and distinguished career in the fleet industry, principally with CMA Auctions (now Manheim) in Leeds.

Former ACFO directors, Stewart Whyte and Brian Ingham, said they were saddened to learn of his death from his family.

His portfolio of fleet operators was extensive, and he worked hard to ensure they maximised their fleet disposals.

For many years he was a strong supporter of ACFO (now the Association of Fleet Professionals – AFP), including several years as regional chairman for the North-East region; and also served as a director of the trade body.

He retired from the board in 2003, but continued as a very active member of the North-East Region for a number of years.

Barnes was largely responsible for organising a number of very successful Northern Regional Balls for ACFO, providing a social dimension to the fleet activities of members.

Over the years, the event raised many thousands of pounds for a range of worthy charities.

The funeral will take place on Wednesday (March 23), at 2.40pm at Rose Hill Crematorium, Cantley Lane, Cantley, near Doncaster. No flowers by family request.

The Association of Fleet Professionals (AFP) will hold its first annual conference at The British Motor Museum, Gaydon, on May 18.

The decarbonisation of the grey fleet is one of the major challenges of the next few years, says the Association of Fleet Professionals (AFP).

The Association of Fleet Professionals (AFP) has launched a new industry standard for car and van deliveries by dealers.