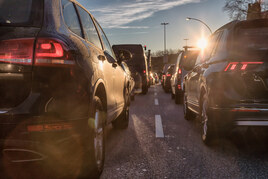 UK employers are changing their travel policies in response to the rise in homeworking more quickly than their European peers, research from the Arval Mobility Observatory Barometer shows.

Of respondents who have undertaken changes (9% in the UK and 7% in Europe), two in five (39%) in the UK have introduced mobility solutions for employees ineligible for a company car compared to one in five (19%) in Europe.

Furthermore, 37% have added car sharing for employees in the UK compared to 25% in Europe; and 38% have revised the model or mileage aspects of their company car policy compared to 29%.

The only area where Europe is moving faster than the UK is when it comes to developing alternative mobility solutions such as bicycles and scooters, with 22% having taken action in Europe compared to 14% in the UK, where no tax or regularitory framework exists to increase its adoption.

Shaun Sadlier, head of Arval Mobility Observatory in the UK, said: “The trend towards increased homeworking has been one of the most visible effects of the pandemic for businesses and there is clearly potential for making changes to travel policies in response.

"Perhaps a surprising aspect of our findings is that the numbers who have done so are relatively small - around 9% of the UK companies surveyed in the Arval Mobility Observatory Barometer and 7% in Europe. It would be an exaggeration to call this a major movement.

“However, some ideas are being implemented. Perhaps the most interesting are around developments in mobility solutions. This is taking several forms - a move towards their adoption for employees ineligible for a company car, the introduction of car sharing, and the development of a range of alternative transport modes such as bikes and scooters."

In two out of three of these areas, the UK is showing a marked level of enthusiasm compared to the European average, according to Sadlier.

"The research doesn’t drill down into why this is the case, but the most likely explanation in our opinion is the proactive culture that exists around UK fleet and mobility managers," he said. "There is a predisposition to review and revise policies very regularly.”

He added that it was also interesting that the UK was taking a lead when it came to revising existing company car policies in terms of mileages and models.

“In reality, this is probably part of a wider trend," he continued. "Many businesses have been redrawing their fleet policies in response to recently emerging factors, such as widespread new vehicle shortages and the arrival of electric vehicles in large numbers, alongside homeworking.

“Our experience is that this doesn’t mean that company car numbers are falling – there is actually some evidence that they are starting to increase – but that car model choice is being opened up, the way they are operated is being modified, and the time businesses spend on the company fleet is increasing. There are a series of sensible adjustments being made.”

The research also indicated that larger numbers of other businesses were likely to make their own changes in response to homeworking in due course.

“Many more respondents ticked the ‘considering future implementation’ box rather than ‘already implemented’ and it will be interesting to see how the responses to this question develop when we undertake next year’s Arval Mobility Observatory Barometer,” he said.

Arval Mobility Observatory carries out its research of key trends in the fleet and mobility sectors every year. The 2022 Barometer talked to fleet decision makers in 26 countries with 20 in Europe and the figures shown here cover UK responses to this section of the survey.

Classification of journeys causes headache for fleets, because of the rise of homeworking due to coronavirus, says the Association of Fleet Professionals (AFP).