Half of drivers admit to breaking traffic laws 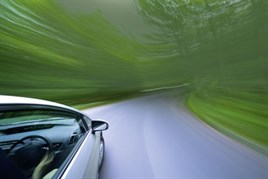 Half of drivers surveyed by road safety charity Brake and Direct Line admit to breaking traffic laws, with 25% of them doing so through inattention and 23% doing so deliberately because they think they can get away with it or do not agree with the laws.

Brake suggests that this makes it clear that more needs to be done both to enforce traffic laws, and to persuade drivers to buy in to the importance of complying with them.

With dedicated traffic police numbers being cut back in recent years , Brake is concerned that UK roads are becoming "increasingly lawless territory". Police officers have reported that they have been forced to "retreat" from motorways, major and rural roads. At the same time, road deaths and serious injuries recently increased by 4% after decades of reductions. This follows Government casualty reduction targets being dropped in 2010.

Brake is calling on any new government to reverse this trend and make traffic enforcement a national policing priority, alongside giving greater impetus to bringing casualties down and making streets safer.

Other key findings from Brake and Direct Line's report on the state of UK driving include:

Julie Townsend, deputy chief executive of Brake, said: "As these figures make clear, law breaking on our roads is not just down to a minority but endemic. For whatever reason, many seem to feel they are beyond the law or that traffic laws are somehow optional. This represents a failure by Government to ensure traffic policing is receiving adequate priority and to make clear the importance and legitimacy of traffic laws. Traffic laws exist to save lives and prevent injuries and terrible suffering. No matter how experienced or skilled a driver you believe yourself to be, you cannot break them safely.

"Whoever takes power after 7 May needs to make traffic policing a national policing priority, to ensure there is a strong deterrent against risky law-breaking on roads. We also need to see road safety given greater political priority, to set casualties falling once more and deliver safer streets for communities everywhere. That means reintroducing road casualty reduction targets, and working harder to win the ideological battle, to ensure everyone who gets behind the wheel understands why the rules exist and accepts their responsibility to abide by them and keep people safe."

Rob Miles, director of motor at Direct Line, commented: "Drivers continue to flout the rules of the road without realising the devastating impact their actions can have. Traffic laws are there for a reason and breaking them puts lives at risk.

"Breaking the law whilst behind the wheel can lead to a criminal conviction and being declined for car insurance, with even minor offences leading to fines and increased insurance premiums."