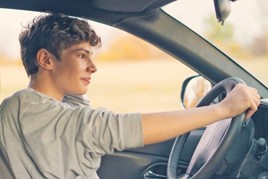 Britain’s worst drivers have been revealed, with Halifax having the most motorists with penalty points on their licence, according to exclusive research by Vantage Leasing.

New Department for Transport (DfT) analysis found that 9.62% of the 111,820 licence holders in the area have at least one point on their driving license..

Bradford finished the second highest points holders in Britain. As of March 2019, 34,455 motorists in Bradford have been caught by cameras, amounting to 9.46% of its driving population.

Vantage Leasing managing director, Rob Walker, said: “Interestingly, the top three areas of with the highest number of points holders are very close to one another.

“What is also worrying is that there are more than 11,000 drivers with 12 or more points on their licence, with some of them still potentially on the road.”

Huddersfield finished third worst, with 9.04% of its drivers having points on their licence.

Canterbury, however, is home to the UK’s safest drivers, with just 3.72% of the town’s licence holders having penalty points on their record.

The DfT data shows there are 2,711,493 motorists in Great Britain with penalty points, accounting for 6.65% of the total driving population.

When it came to the worst individual driver, a 41-year-old male in East Sussex had 60 points on his record.

The worst female driver on record is a 25-year old woman with 48 points on her licence, living in Nottinghamshire.

Driving licence checks carried out by fleets have risen 30.4% year-on-year, according to Freedom of Information figures.

Novice drivers could face new restrictions after the Department for Transport announced it is investigating introducing graduating driving licences.