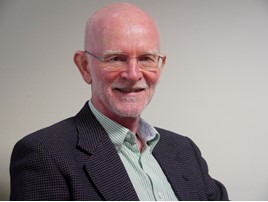 IAM Roadsmart has appointed Derek McMullan as its chairman after his 18 years’ involvement with the charity.

He joined IAM Council in 2009 and was appointed the vice-chairman in 2015.

McMullan holds a Masters distinction for both cars and motorcycles, which is the highest tier qualification possible for civilian road driving and riding qualification in the UK.

The new chairman said: “I am delighted to be appointed Chairman of IAM Roadsmart; after 18 years supporting the charity I am still hugely passionate about road safety.

“Our aim is to significantly reduce the numbers of people killed and injured on UK roads and I believe this is entirely realistic and achievable.

“I am looking forward to working with my fellow IAM Roadsmart members, the charity’s executive team and our amazing volunteer network in making this vision a reality.”

He is a qualified IAM Roadsmart national observer, masters mentor and skills days instructor for motorcycles and cars.

He is founding chairman of Worcestershire and Hereford Advanced Motorcyclists, where he held the position of chief observer, helping to develop the company’s training standards.

Mike Quinton, IAM Roadsmart chief executive officer, said: “I can’t think of anyone better qualified than Derek to be our new Chairman.

“He brings significant board experience and hugely beneficial strategic business skills to the chair, and his track record in supporting the charity’s mission is impeccable.

“My fellow directors, and the entire IAM RoadSmart team, have great pleasure in welcoming him to his new role.”

IAM Roadsmart recently warned that a rise in the use of electric scooters alongside vehicles on UK roads could be bad news for road safety.

IAM Roadsmart is warning that a blanket ban on pavement parking could leave thousands of homeowners without a parking space.

Fleet decision makers should not rely on technology alone as a solution to risk management or cost control, according to the latest white paper by IAM RoadSmart