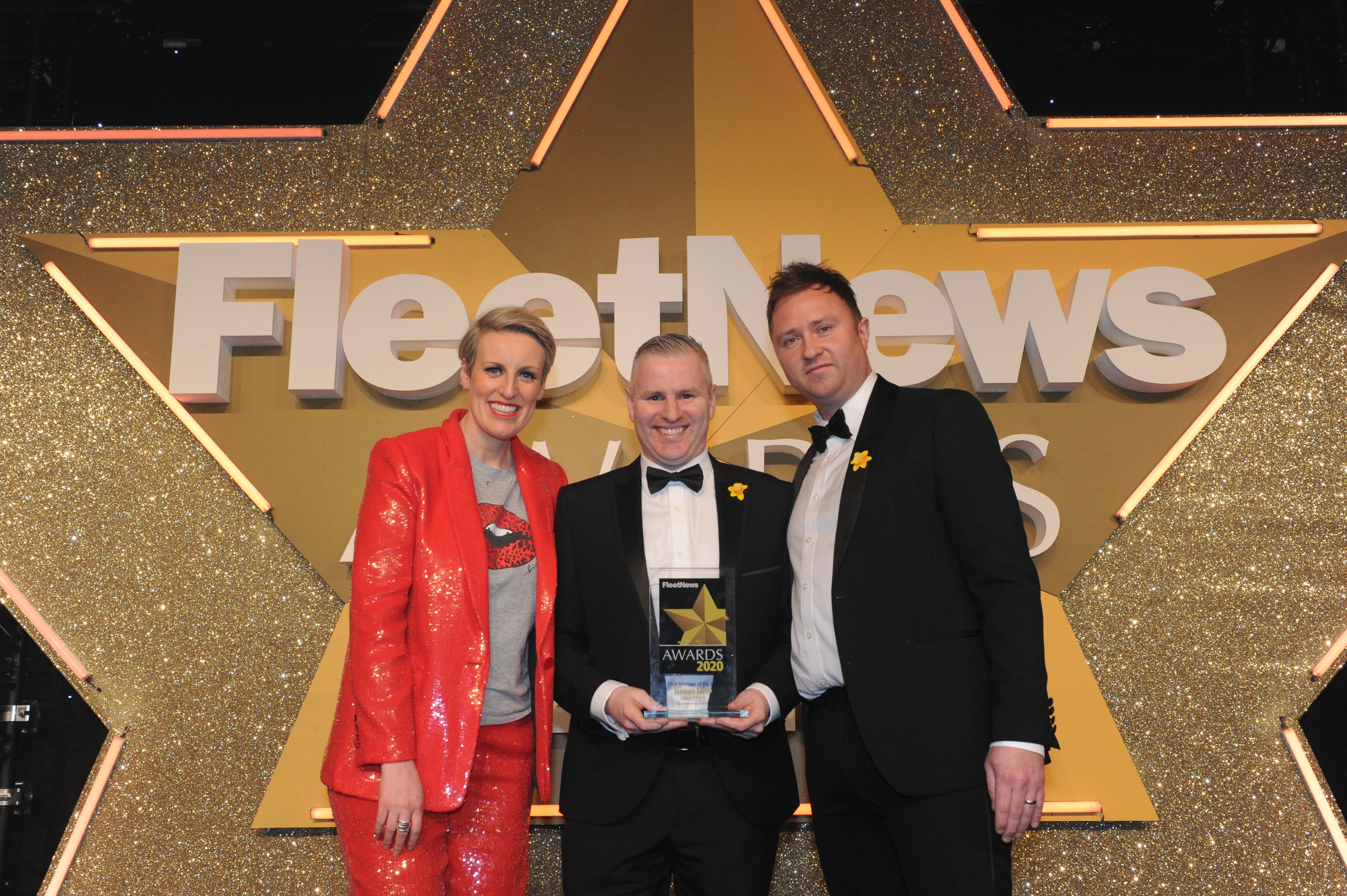 Almost six years after the creation of Police Scotland, which saw the merger of all eight regional police forces, fleet manager Stewart Taylor (pictured centre) embarked on a new 2030 fleet strategy with an objective to deliver an efficient and effective operation for now and the future.

As he puts it, the goal was to “make it a better fleet for everybody”.

Taylor’s strategy split into two main components: first, to listen to and improve Police Scotland’s officers’ and end users’ experience with fleet in the short-term; second, to future proof the fleet, ensuring it is flexible to the changing landscape over the medium to long term.

The short-term strategy was manifested in a change to replacement cycles, reducing the age of marked response vehicles but increasing the age for unmarked vehicles. This reshuffle enabled Police Scotland to focus its available resource on the essential marked vehicles, running a modern, efficient fleet, as well as reducing overall maintenance and repair costs.

The longer-term strategy was intended to react to climate and environment priorities, by transitioning the fleet to ultra-low emission vehicles.

Taylor showed clear leadership throughout the creation of the new strategy, which required engagement, buy-in and collaboration from a variety of stakeholders, including the Scottish Government, 22,000 employees and internal departments such as IT and estates.

Crucial was a change in the funding model to focus on total cost of ownership, no mean feat in a public body that manages resource by capital expenditure. The new approach had to be signed off by the Scottish Government and opened the door to electric and plug-in hybrid vehicles.

Police Scotland has 100 now with another 150 scheduled to come on fleet during the course of 2020. It is further tackling emissions by piloting drones for operational policing, such as search and rescue. Designed and built in-house, they reduce the need for helicopters, saving money and emissions, but they can also get to more inaccessible places in the north of the country.

Taylor has set out clear objectives and a robust plan to achieve them. He is also committed to fleet training, undergoing the diploma himself and putting many of his team through ICFM certificate training courses to improve their knowledge and skills.