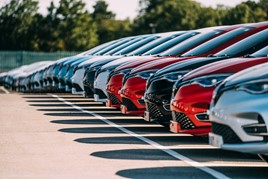 Renault has secured one of the largest electric vehicle (EV) fleet deals in the UK, with car subscription service Onto ordering 1,100 pure electric Renault Zoe cars.

This latest order from Onto (formerly Evezy), which will be delivered over the next six months, is the biggest EV fleet deal Renault UK has struck and takes the number of the all-electric supermini purchased by the business to 1,300. The original Evezy operation purchased 180 to kick-start its 2017 launch, before becoming Onto this month (July).

Renault UK’s fleet director, Mark Dickens, told Fleet News he was “excited” to secure the deal with Onto, considering the current potential of the car subscription market.

The coronavirus crisis has seen the public’s desire to travel by public transport plummet, while Government has been actively discouraging its use.

Coupled with this, Dickens says, Covid-19 has altered perceptions of shared mobility, at least in the short term, making car subscription services a more attractive option.

He explained: “I think it’s had a big effect. The growth (of subscriptions services) is astronomic. At the point where we agreed this deal (with Onto), they had 600 people on the waiting list; from January to March, the number on the waiting list trebled.”

There have been a number of new entrants into the car subscription market in recent months, including Jaguar Land Rover (JLR).

The carmaker launched its premium car subscription service, called Pivotal, a few weeks ago, with a joining fee of £550 and a monthly rental charge starting from £750 for a Land Rover Discovery Sport, Jaguar F-Pace or Range Rover Evoque.

Onto offers a choice of electric vehicles (EVs) for a monthly rental fee, which includes insurance, breakdown cover, maintenance and even the electricity to charge the car, thanks to the inclusion of an RFID card giving access to the Polar Network charging infrastructure.

There is no deposit, a minimum one-month rental, with a monthly maximum mileage of 1,000 miles, and customers can change their car for another model at any time.

Dickens says Onto has come into the market at “exactly the right time” and believes the subscription model could become the way of buying a new car going forward, particularly at the younger end of the market. “They’ll very quickly become the largest (car) subscription company,” he said. 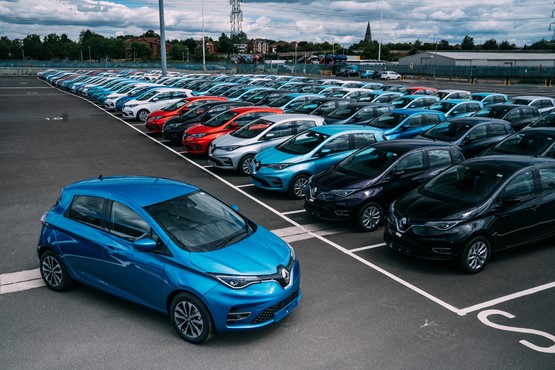 All of the Renault Zoe EVs included in this new deal, feature the 50KW DC rapid charge option, which allows 90 miles of charge to be restored in 30 minutes, and offers range of up to 245 miles (WLTP). Both versions are powered by the new, more powerful R135 motor that is twinned to a 52kWh battery.

The company also offers a product for fleets, giving corporate customers access to electric cars supplied via a monthly subscription service, with the same degree of flexibility as its retail proposition and, some would argue, a more traditional, flexible rental solution.

Rob Jolly, CEO of Onto, said: “We are in the midst of a big societal shift which has been further accelerated by the pandemic. Our subscription service offers more freedom to customers when it comes to driving an electric car.”

Jolly explained that the previous generation Zoe has been core to the growth of the business, and he is excited to see the improvements in the new model - with more features, a better range and DC rapid charging.

“We want to give customers a great value, hassle free, flexible car usership experience that also makes them feel good about their impact on the planet.

“Renault’s impressive goals for electrification match our own and we are excited to go on this journey with them, helping customers to make the inevitable shift to EVs and a greener way of life.”

Speaking exclusively to Fleet News, Dickens stressed that such a sizeable deal will not impact Zoe’s availability for other corporate customers. “We have absolutely no issue on supply on any of our products,” he said. “For us in the UK, our supply is secured. The Onto deal was built into production planning at the start of the year.”

After two years, the fleet of all-electric Zoes, which have been purchased outright, will be replaced by new models and some defleeted cars will be returned to Renault to be remarketed through its dealer network.

Read our review of the Renault Zoe here.

How are fleet manufacturers meeting the challenges of Covid-19? Renault UK responds

Fleet News surveyed major manufacturers to find out how they were responding to the coronavirus pandemic. This is Renault UK's response.