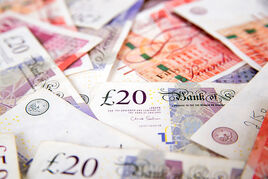 The Department for Transport (DfT) said the reduction would make its “available funding go further” and help more businesses and consumers make the switch.

The additional money for the plug-in grant, however, came after ministers said the grant would reduce as electric vehicle (EV) adoption rates increase.

It also warned that it was “unlikely” it will be able to give advance notice of cuts to the plug-in car and van grant after a reduction in the grant for the purchase of electric vehicles (EVs) was announced without any notice in March.

Mike Hawes, chief executive of trade body the Society of Motor Manufacturers and Traders (SMMT), said: “Slashing the grants for electric vehicles once again is a blow to customers looking to make the switch and couldn’t come at a worse time, with inflation at a 10-year high and pandemic-related economic uncertainty looming large.

“Industry and Government ambition for decarbonised road transport is high, and manufacturers are delivering ever more products with ever better performance. But we need to move the market even faster – from one in a hundred cars on the road being electric, to potentially one in three in just eight years – which means we should be doubling down on incentives.

“Other global markets are already doing so whereas we are cutting, expecting the industry to subsidise the transition, and putting up prices for customers. UK drivers risk being left behind on the transition to zero-emission motoring.”

Richard Jones, managing director at Lex Autolease and Black Horse at Lloyds Banking Group, said that the industry understood policymakers will need to continuously review the grants available as the uptake in EVs continues to accelerate.

However, he told Fleet News that the announcement to reduce the eligibility threshold from £35,000 to £32,000 for electric cars impacts around 60% of the vehicles available in the market, increasing rentals on new orders on a 36-month agreement by around £70 a month overnight.

He added: “We hope that Government departments and industry bodies continue to work together to maximise the opportunities to encourage EV uptake and reassure manufacturers that the UK is leading the EV charge.”

Despite the growth of EV registrations, Lawes says the market remains in its "infancy" and total cost of ownership (TCO), especially across LCVs, can be "challenging" for fleet operators who need to adopt.

“The Government rationale to reducing eligibility at this juncture for the second time this year is confusing, as we know financial incentives to encourage EV adoption are an important factor within the vehicle renewal decision making process,” he said.

“In light of these changes, we are working closely with our customers to recalculate their TCO so they can readily factor this development within their decision making.”

Gerry Keaney, chief executive of the British Vehicle Rental and Leasing Association (BVRLA), said that financial incentives, such as the plug-in grant, had proven vital to fleets and consumers making the switch to an EV.

“Subsidies cannot run forever, but the fleet sector relies on certainty, reducing these grants will have a negative impact on this,” he said.

Co-founder and CEO of Onto, Rob Jolly, said: “We heard at COP26 the government’s focus was on getting people into electric cars quickly, and yet this decision will only slow down the adoption of EVs.

“We know that range anxiety is the number one consumer concern and reducing the cap to £32,000 means customers have no choice but to buy smaller cars with smaller ranges.

“We understand that the money-pot is finite and the grant must be lowered £1,500 to make economical sense, however we strongly disagree with the reduction of the cap - in fact it should have stayed at £50,000 to give consumers choice and help them make the switch.”

Sue Robinson, chief executive of the National Franchised Dealers Association (NFDA), which represents franchised car and commercial vehicle dealers in the UK, says the cut is “extremely disappointing” and warned it could “derail” the progress.

She added: “Cutting the grant strongly disincentivises EV adoption across the UK. This, in turn, will exacerbate the unequal, regional EV uptake gap.

“While the market share of EVs is growing at an impressive rate, it is premature to reduce the levels of this support to the consumer and send the wrong message to the public, especially as other G7 nations continue to ramp up consumer support.”

Tanya Sinclair, policy director for UK and Ireland at ChargePoint, said: "We understand the Government’s broad programme of grants and incentives was always designed to stimulate the early EV market and, over a decade since their inception, the EV market continues to develop at pace.

"We look forward to the Government announcing a long-term, more sustainable successor to the grant schemes which can incentivise EV uptake, such as fiscal incentives and road pricing."

'No notice’ to be given on future plug-in grant cuts

The Government is warning that it is “unlikely” it will be able to give advance notice of any future cuts to the plug-in car and van grant.