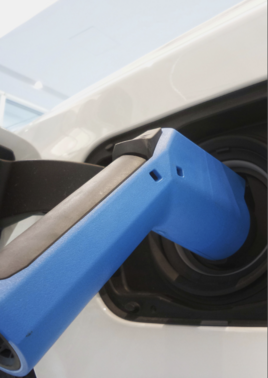 The RAC has set out to disprove remarks from Environment Secretary George Eustice that electric cars may not be as environmentally friendly as people think.

Eustice told MPs on the Commons’ environment, food and rural affairs committee that fine particulate matter, known as PM2.5, may be worse with electric cars due to them being heavier.

Dr McTurk’s findings, based on real-world use, show that EVs’ brakes wear far more slowly than conventional cars, while tyre wear is similar for the non-driven wheels and only slightly worse for driven wheels.

Simon Williams, from the RAC, said: “George Eustice’s remarks about EVs not being as green as some may think were very unhelpful and could put some drivers off making the switch to zero-emission driving.

“There are far too many negative myths surrounding electric cars which need to be busted as soon as possible in order to speed up the electric revolution. We hope these positive real-world experiences will help to clear up some of the confusion.”

In his report for the RAC, Dr McTurk states most of the braking in electric cars is done via regenerative braking where the electric motor works in reverse, converting kinetic energy from the moving vehicle into electricity to charge the battery when slowing down. This not only reduces the use of the mechanical brake discs and pads but adds more range to the vehicle too.

Dr McTurk said: “Dundee Taxi Rentals says that brake pads on its 11 Nissan Leaf taxis have a lifespan of 80-100,000 miles – four times that of their diesel taxis.

“In addition, Cleevely EV, one of the best-known EV mechanics in the UK based in Cheltenham, regularly sees EVs with brakes that have lasted over 100,000 miles. The company says if they ever need to replace an EV’s brakes, it’s not because of wear but because they’ve seized up due to lack of use.”

In terms of tyre wear, which is another source of particulate matter pollution from any vehicle, Dr McTurk disputes the widely quoted research carried out by Emissions Analytics (EA) in 2020 which concluded pollution from tyres is 1,000 times higher than a car’s exhaust emissions.

Dr McTurk said: “An Emissions Analytics 2020 press release stated that a car they tested shed 9.28 grams of particulate matter per mile from its tyres. However, it turns out that this was a worst-case scenario featuring the cheapest tyres, heavy ballast in the car and driving at high speeds with much cornering. This point which wasn’t made clear in the press release, which was subsequently reported extensively in the media.”

The EA report claimed a car shed 9.28gm of particulate matter per mile from its tyres. With a typical family car tyre weighing around 9kg, giving a total weight of 36kg that would mean the tyres would physically have disappeared in less than 4,000 miles and the car would be running on its alloys.

“In reality, tread represents about 35% of a tyre’s total weight, so the tyres would be bald in less than 1,358 miles, or two months’ of driving for the average UK driver," added Dr McTurk.

British Gas, which currently operates 800 pure electric vans, reports that its latest large, heavy electric vans have done 15,000 miles and have not yet needed replacement tyres.

Similarly, Dundee Taxi Rentals reports that the lifespan of the front tyres on their all-electric front-wheel drive Nissan Leafs is about 5,000 to 10,000 miles less than their diesel taxis but, more positively, the rear tyres last the same amount of time, typically covering 30-36,000 miles before needing to replaced.

Particulate matter: Emissions not all about exhausts

As particulate matter emissions from exhaust pipes fall, pollution caused by brake and tyre wear is coming under increasing scrutiny.

Fleet EVs drive growth in leasing sector, according to BVRLA

Demand for electric vehicles from company car drivers is helping the leasing sector return to growth following the initial impact of the pandemic.

Cold weather can cut an electric vehicle’s range by 20%, says What Car?

Cold weather had reduce an electric vehicle’s range by more than 20%, research by What Car? has found.