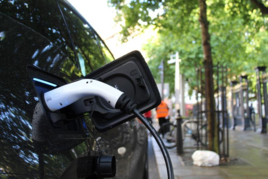 The UK’s nine Metro Mayors are being accused of not using available funds to support the rollout of electric vehicle (EV) charging infrastructure.

Each Mayor has access to a relative share of a £7.45bn capital investment fund over a 30-year period, equating to £250m for each calendar year, with a mandate to invest the money in significant open-to-all EV infrastructure projects

According to Novuna Vehicle Solutions, the new name for Hitachi Capital Vehicle Solutions, a limited number of charging points were installed in 2021 across the nine city regions and it is unclear from publicly disclosed information whether any have been funded by the Metro Mayor capital investment fund.

The nine Metro Mayor positions, created as part of the Government’s devolution agenda, are held by directly-elected leaders of the UK’s major city regions: Cambridgeshire and Peterborough, Greater Manchester, Liverpoor City Region, North of Tyne, Sheffield City Region and South Yorkshire, Tees Vallet, West Midlands, West of England, and West Yorkshire (Leeds). They are responsible for overseeing the maintenance and development of each region’s public services and infrastructure, including transport.

Each Mayor also has access to the £6.8bn City Region Sustainable Transport Settlement, which allows the them (with the exception of North of Tyne) to bid to fund initiatives that work towards decarbonising transport, in line with national priorities. There is no evidence that the fund, set to be shared from 2022-2027 between the eight eligible Mayors, is being put towards EV infrastructure.

Research conducted by Novuna Vehicle Solutions compared the funds allocated to each city region in their respective devolution deals with the number of publicly funded EV chargers installed last year in each city. Investigation of the official Statement of Accounts of the Metro Mayors and their Combined Authorities turned up scant evidence of investment in EV infrastructure over the 2020/21 tax year.

West Yorkshire was the only city region to explicitly reference expenditure on charging points in its accounts, with the installation of 88 electric vehicle charging points as part of the region's £3.2m ULEV Taxi Scheme.

In Cambridgeshire and Peterborough, the only instance of an EV-related scheme in its Local Transport Plan is a £90,000 project to install four rapid electric vehicle chargers for the local taxi trade.

Greater Manchester, meanwhile, which has the one of the highest allocated investment funds (£900m), does not have a single mention of EV infrastructure in its Statement of Accounts, and it is difficult to ascertain how many of the charging points in the authority’s EV Charging Infrastructure Strategy are actively going into the ground.

Robert Gordon, CEO of Novuna, said: “The Metro Mayors were installed with the clear goal of boosting the economic and infrastructural development of strategically important regions across the UK.

“There are understandably a number of competing priorities, however, if the Government hopes to fulfil its headline pledge to phase out the sale of petrol and diesel cars by 2030, a top priority for city transport projects needs to be upgrading regional EV infrastructure. As it stands, we see very little evidence that this is happening at the pace required.

“It is vital that there is more transparency on how public money is being spent on public charging infrastructure, especially for the 40% or so of people who do not have access to off-street parking and will rely on the public network.

“The sizeable capital investment funds represent a significant opportunity to close the EV infrastructure gap, and greater evidence that they are being used to support this pledge will allow motorists to make the leap to an EV with confidence.”

The roll-out of rapid and ultra-rapid chargers is failing to keep pace with the installation of less powerful public EV charge points, new data suggests.

Electric vehicle drivers are facing delays to the installation of home chargers due to confusion over regulations, says the Association of Fleet Professionals.