BMW ‘very much open for business’ despite WLTP pushing up emissions: Fleet 200 speaker 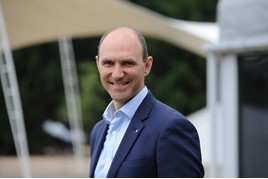 BMW is “very much open for business” despite the challenges caused by new emissions testing.

Speaking at the Fleet200 meeting on June 12, BMW Group’s national corporate sales manager Brian Cox (pictured) said: “NEDC was designed in the 1980s and was based on theoretical driving.”

The new test, which affects all manufacturers, is designed to better reflect everyday driving conditions and provide more accurate fuel consumption data for the consumer.

The duration of the WLTP test is 30 minutes, 10 minutes longer than the old one. In terms of distance the test is over 14.5 miles with higher average speeds of 28.9mph, with a maximum of 81.4mph. 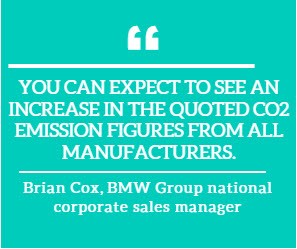 “Overall the combination of the new driving cycle and stricter test conditions means the fuel consumption will be more accurately reflective of the real world fuel consumption and you can expect to see an increase in the quoted CO2 emission figures from all manufacturers,” Cox explained.

On average, CO2 emissions for BMW Group petrol and plug-in hybrid models will increase by 7g/km.

Plug-in models, including the 530e and Mini Countryman PHEV will remain under 75g/km, so they will still receive congestion charge exemption.

"Lead times have gone up as we make changes but production will be ramped up from July with new engines and models,” confirmed Cox.

While there are increases in emissions, Cox said most vehicles will stay within bandings and some have seen emissions fall.

All existing models have to be retested on WLTP before September 2018.

At BMW Group a large number of models have been tested and more are expected for July production.

> READ MORE: What is WLTP and RDE?

The challenges in understanding the complexities of the new emissions testing regime will inevitably mean a period of uncertainty for fleet decision-makers.

Fleets are caught between the uncertainty how the new Worldwide Harmonised Vehicle Light Vehicle Procedure will impact vehicle suitability and the lack of choice in alternative fuelled vehicles and poor supporting infrastructure.

Fleet News webinar: Defining your future fleet policy with the challenges of WLTP - in association with Arval

Defining your future fleet policy with the challenges of WLTP - in association with Arval.