Driver assistance technology must be capped or drivers could ‘disengage’ 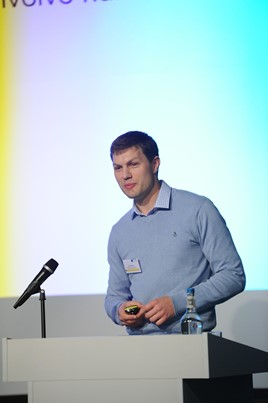 Thatcham is campaigning to stop the gradual introduction of driver assistance technology for fears it could lead to drivers “disengaging” and road safety “dropping off a cliff”.

Colin Grover, principle engineer – ADAS and automated driving at Thatcham Research, told delegates at the recent Fleet200 Executive Club meeting that Thatcham was “concerned” that introducing advanced systems gradually would lead to drivers putting too much trust in the technology.

“What we see with increasing levels of technology is drivers tend to be distracted and start engaging with other activities,” he said.

“Our concern is with the advanced systems the driver disengages completely and then road safety drops off a cliff.”

The Society of Automotive Engineers (SAE) has established six levels of automation (ranging from level 0 – where there is no automation to level 5 – full automation, with the vehicle capable of performing all driving functions under all conditions).

“We see the panacea being level four technology where the driver can withdraw from the task and the car takes responsibility,” Grover said.

For example, a driver could pull onto a motorway and the vehicle would be capable of driving autonomously until it reached its ‘destination junction’ and notified the driver to retake control.

Grover predicted that by 2021 this technology would be available, the legislation would be “coming together” and drivers would be “ready to accept it”.

However, he said that it could be 2025 or later when vehicles are capable of level five and that they were more likely to be used in mobility-as-a-service applications (such as ride hailing) rather than private vehicles as the cost would be prohibitive.

“To do the full automation for door-to-door journeys they need to be very advanced and complicated vehicles that are probably beyond the sensible commercial cost of the private owner,” he said.

He illustrated how ‘good’ self-driving cars would need to be by the number of decisions that drivers currently make without having a collision.

“Various commentators say we make in the region of 20 to even 100 decisions every mile we drive and if the average driver does 8,000 miles a year and has an at-fault claim once every 10 years or so that equates to making a mistake one in every eight million decisions,” he said.

“We can almost second guess what other road users are doing and react in such a way to mitigate or even avoid collisions so bear in mind that the drivers on your fleets are actually pretty good at driving the vast majority of the time.”

Fleet safety: technology is the key to cutting collisions