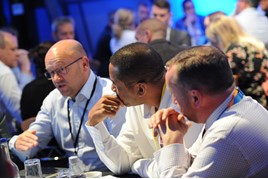 Fleets have seen an increasing number of drivers opting out of company car schemes to instead take cash allowances, one Fleet200 roundtable discussion heard.

One fleet manager had seen allowance takers rise from 40% to more than 50% in the past year.

The move towards cash allowances is for a variety of reasons, including uncertainty over future benefit-in-kind tax rates – the Government has not published bands beyond 2020/21 yet – as well as the increased BIK rates which means drivers are not able to get the same car as they were able to in the previous replacement cycle.

The wide availability of personal contract purchase (PCP) and personal contract hire (PCH) schemes for new cars was also highlighted as a reason why people were taking cash, while, in the future, mobility as a service (MaaS) solutions could also harm the appeal of company cars.

The fleet managers agreed that the drivers most likely to opt out of car schemes were higher rate taxpayers, who are attracted to the cash allowance for financial reasons, and those with lower accident rates as they qualify for more affordable insurance than those with a history of collisions.

The roundtable heard finance directors liked the cost certainty of the cash allowance, while HR directors liked the increased duty of care associated with drivers having company cars, which tend to be newer, better maintained and have more safety features than typical grey fleet vehicles.

A further drawback of having company car drivers opting out of the scheme is that, as it reduces the size of the fleet, they could see reduced manufacturer support when acquiring new vehicles.

If the drivers who opt for cash use their vehicles for business purposes then it will increase the size of that organisation’s grey fleet, which has duty of care implications.

These can be minimised by having robust policies covering areas such as driver licence checks, MOTs and maintenance records.

However, one fleet had a policy that grey fleet cars could be no more than four years old at the time when the four-year replacement cycle began, meaning that vehicle could be eight years old before it needed to be replaced.

While one fleet manager said the “perk car is dead”, the table as a whole agreed the company car would play an important role in the future, including in staff recruitment.

This is expected to increase the benefit’s appeal and, although the Government has not published BIK rates beyond 2020/2021, roundtable participants felt it was likely that rates for EVs would remain low in the immediate future as, under its Road to Zero strategy, the government wants to accelerate take-up of the powertrains.

Companies could also expand choice lists and offer flexibility in the length of replacement schemes to make their car schemes more attractive but, above all, fleet decision-makers should be open with employees about the implications of their decision – both the benefits and drawbacks of remaining in the car scheme or opting out – to ensure they choose the route they will be happiest with.

Organisations should not rush into offering drivers cash allowances without considering the benefits of a company car, warned Mike Moore, director of Deloitte.