Why are service levels more important than price when choosing a supplier? 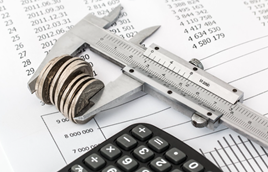 Service levels and not price is the factor fleets should take into account when choosing a new supplier.

During a roundtable discussion at the Fleet200 online meeting in September, fleets agreed that while cost was important, they would prefer to enter a partnership which guarantees the same level of service that their customers expect from them.

“A big part of it is not just the price, it’s about what they bring to the party,” said one fleet decision-maker.

“You have to get that feeling that they’re involved in the process as much as you are, it’s not just about the pounds, shillings and pence at the end of the day.

“You’ve got to build that relationship, you’ve got to know that this is going to last whatever the length of your agreement is.

“You don’t just want it to be a flash in the pan do you? We’ve all done tender processes where somebody will be there with a fantastic price, but you’ve got to live with that for the next few years and for me, a lot of it is my gut feelings on personalities.

“How do interact with the person who is in front of me, can I deal with this person? Are they going to stand up to me and tell me I’m wrong? Are we going to have a good working relationship.

“If that’s there, nine times out of 10, it’s going to work going forwards. If it’s not there at the front, it’s not going to come down the line, it’s just going to deteriorate or you’re going to stay the same.”

Another fleet decision-maker added: “It’s important not to get carried away with the offer of kit that you think might work and in actuality is not exactly what you want but is such a cheap price that you think ‘okay, I might go for that and we’ll make it work’.

“Then you find out down the line it’s not going to happen, so I think it’s important to stay focused and don’t take on every special offer that might be given to you.”

If possible, fleet decision-makers should regard suppliers as partners, instead of just a company which is providing a service.

“How can that partnership work for both sides to benefit, and sometimes that is me going above and beyond and doing something for the partner,” said a fleet decision-maker.

“That’s how it works for me, knowing I can pick up the phone to one of our partners and go ‘I don’t know about this, what do you know about it? Can you guide me on this?’

“They might put me in touch with a third party, or tell me to phone someone who’s an expert on this.

“To me, that’s what makes the difference and that’s the added value as opposed to just monetary value.”

> The above was shared with Fleet News at the virtual September meeting of the Fleet200 Executive Club.

If you're a fleet decision maker interested in joining the club and attending the final meetings of this year (November and December) and our meetings in 2021, email emma.bunce@bauermedia.co.uk.

Our next meeting: March 30 (via Zoom)

Key speakers on the 30th March include:

He will speak about the launch of the new Fleet Benchmarking initiative, funded by Department for Transport, in partnership with Driving for Better Business, Fleet News and Road Safe. Andy is the architect of the programme and will be explaining to fleets how and why they should get involved, and the benefits to their business