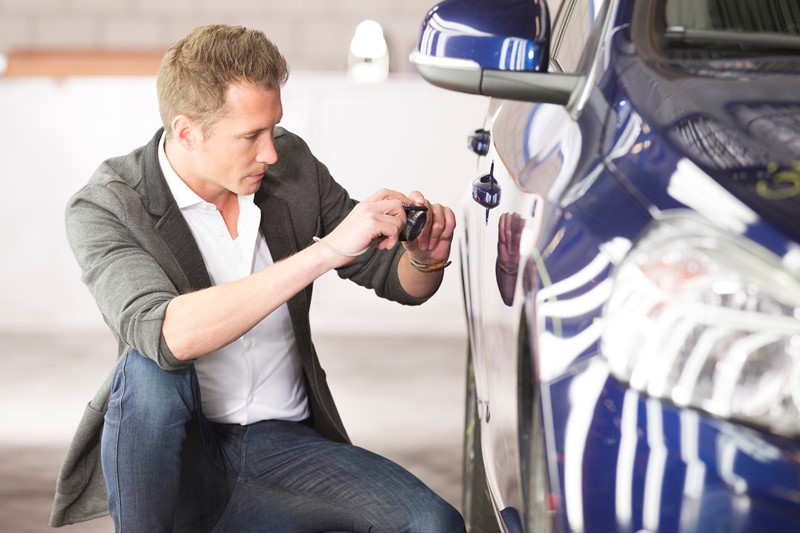 The average fair and wear charge incurred by company cars has risen 12% in the past five years, according to this year’s FN50.

Looking at the 10 biggest leasing companies in isolation, the average fair wear and tear bill was £407.

That is £83 higher than the FN50 average and worrying, when the vast majority of cars are operated by these firms.

Compared with FN50 2019, however, the overall average charge has fallen for the first time in more than a decade; by £2 from an average of £326.

Tusker says it has found that the condition of returned vehicles has improved marginally over the past year. “We are seeing a reduction in the value of the recharge (circa 2%) and a reduction in the number of recharges applied (3%) since 2018,” says Tusker CEO Paul Gilshan.

“A variety of reasons could explain this, including lower mileage contracts.”

However, Tusker’s experience of a reduction in the number of cars incurring charges year-on-year was not replicated by the FN50 average.

The percentage of cars that incurred fair wear and tear costs rose by one percentage point to 44% from 43% the previous year.

Alan Carreras, sales director at the top 50 leasing firm, explains: “There are a number of factors at play.”

“They cover a reasonably low annual mileage – on average 7,000 miles per year – and, while this in itself doesn’t exclude them from attracting damage, the likelihood is lower than the ‘typical’ annual mileage, for obvious reasons,” he says.

“We also take a pragmatic approach to de-hire; we understand the difficulties some organisations face when attempting to balance their books.”

Carreras explains that a damage recharge, which might be acceptable under the current British Vehicle Rental and Leasing Association (BVRLA) fair wear and tear guidelines, is not something they would automatically apply.

“We wouldn’t look to put our clients in an unnecessarily difficult position at the end of contract especially where any potential issues might not negatively affect the actual resale value once the vehicle has been remarketed.”

Most rental and leasing companies adhere to the Fair Wear and Tear guide published by the BVRLA.

The aim of the guide is to provide an industry-wide, accepted standard that defines fair wear and tear when vehicles are returned at the end of a lease or finance agreement.

The guide also gives advice to drivers and fleets about what they need to do to avoid end of lease charges, where they can get advice on routine maintenance, servicing and appraising the vehicle at the end of the lease and what they can expect the day the vehicle is returned, as well as how to complain if things go wrong.

Some leasing companies offer a fixed-cost menu of charges set out at the start of the contract.

Nick Hardy, sales and marketing director at Ogilvie Fleet, the Fleet News Leasing Company of the Year (up to 20,000 vehicles), says its fixed-cost menu pricing approach creates a transparent process for customers

“Transparency is at the heart of our relationships with clients and I genuinely believe that it’s the reason why we’ve continued to grow the business every year, including this – very challenging – year,” Hardy explains.

“Our truly ‘fair’ fair wear and tear policy is possibly the most transparent way we work with our clients. We explain what the extra costs might be at the outset of a contract. Nothing is hidden.

“Any charges we make are done on the basis of reduction on vehicle values, this only showing the true cost of any necessary recharges and we always verify the costs with photographic back up.

“If we don’t or can’t do that, there are no charges made. Our clients always know where they stand and we rarely have any issues.

“We know that our stance is quite unique, but unlike many others, we don’t see this area as a profit centre and so can be completely transparent about it all.”

Leasing companies, typically, also employ a damage waiver and, while the percentage of cars incurring damage charges has increased, so has the average damage waiver.

The annual figures, he argues, will be influenced by those vehicles coming back off contract, how long they have been on that contract and the
industries in which the vehicles operate.

Staton adds: “For company cars, the organisation may have the approach that for non-critical damage, scratches, scuffs, repairs are left and they are happy for the recharge. For other organisations, vehicle condition is critical to company image and they will get the repairs done as and when they occur.

“Equally, a car being used as a pool vehicle may be treated better because the tracking of who’s driving it and when, compared with a company car being used for job requirements and travelling several thousand miles a year.”

Implementing a few simple changes could significantly reduce wear and tear costs to the business, according to Staton.

“For example, regular maintenance checks by employees or the business can help identify issues early and avoid things getting worse and causing further damage,” he says.

“It is important for fleet operators to ensure they fully understand the contract they have with their fleet provider, so that they can avoid unnecessary costs at the end of the vehicle’s contract term.”

Venson also suggests implementing a fleet policy that recharges fees back to drivers if damage is not reported or routine inspections are not carried out.

Furthermore, it says fleets should regularly communicate and educate drivers on what needs reporting to the fleet team and consider using driver training, and an ongoing education programme, to ensure employees are driving safely which, in turn, will reduce accident damage.

The average fair wear and tear charge for salary sacrifice cars was £331, a £60 increase on the £271 reported last year.

It means that the average charge incurred by salary sacrifice vehicles is now on a par with the FN50’s leasing average, after being some 20% lower in 2019, the first year the figures were collated separately.

However, this rise is not necessarily down to cars having more damage: the more likely explanation for the higher charge is a reduction in the average damage waiver from £133 in 2019 to £79 this year – a fall of £54.

Salary sacrifice is the third largest market segment for funding type after contract hire, operating and finance, in this year’s FN50, representing 3.7% of the risk fleet overall.

The data also shows more cars attracted charges this year, with 34% facing a fair wear and tear bill, up from 31% in 2019. However, this is still significantly lower than the 44% reported for non-salary sacrifice cars.