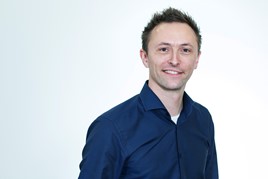 Air pollution caused by the vehicles on our roads impacts every aspect of modern life, from the health of those exposed to it to the commercial implications for fleet owners.

Legislation has been introduced to penalise offenders with exclusion zones established in the worst affected areas of major cities, as well as manufacturers incorporating special measures into new vehicles to minimise it.

One significant contributor is vehicles left idling, but it is positive to see campaigns to discourage it have been launched.

Some of the UK’s largest cities and regions have staged anti-idling campaigns, and National Clean Air Day (UK) occurs every year in late June, although this year it has been delayed to October because of Covid-19.

But we must act now, with research by King’s College London estimating that air pollution contributes to 9,500 deaths in London a year, and UK national estimate figures varying from 28,000 to 40,000 in premature deaths a year.

For example, urban schools are a hot spot for idling vehicles where exhaust fumes have a more significant effect on children as they take twice as many breaths as adults and therefore absorb more pollutants, potentially resulting in a devastating impact on a child’s health.

It can also have a significant impact on Covid-19 sufferers and those recovering from the virus.

So, there could not be a better time to re-energise efforts to reduce and minimise air pollution.

Leaving an engine idling is already an offence under Section 42 of the Road Traffic Act 1988 and drivers face a minimum fine of £20 rising to £80 in certain parts of London and The Road Traffic (Vehicle Emissions) (Fixed Penalty) (England) Regulations 2002 demonstrate the intent of Government to continue to tackle the problem.

The Idling Action Project, which is jointly led by the City of London Corporation and the London Borough of Camden, also aims to educate about the dangers of leaving vehicle engines idling.

Set up in 2016 and supported by the Mayor of London, it offers free training to London drivers and a comprehensive tool kit of resources to business with fleets, professional drivers and employees who drive to work.

Greater Manchester and East Sussex have both run similar campaigns all of which prove to be hugely influential on drivers’ habits with a resulting reduction in vehicle emissions.

Campaigns such as these aim to educate; regulations and acts aim to police, and anti-idling software aims to keep drivers on the straight and narrow thereby enhancing the effects of legislation and training.

As providers of anti-idling technology, we absolutely support these strategies and approaches to encourage drivers to turn off their engines and make a real difference across the UK.

The Government will launch a new consultation this summer with the intention of increasing the penalties for vehicles left idling.

Businesses operating vehicles in London are being targeted by a new campaign to prevent air pollution caused by idling engines.