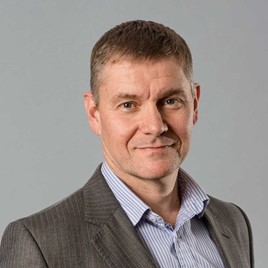 HMRC usually provides statistics on P11D submissions around June, 18 months after the year end, but this year, for obvious reasons, this was delayed until last month.

To this HMRC added a number of caveats which included: the figures include payrolled benefits (i.e. cars put through payroll not the P11D) but they are not really sure on the numbers; and this excludes paper format P11D, meaning they can only count the ones submitted electronically.

HMRC goes on to suggest that some of the decrease of 30,000 year-on-year is probably due to cars being payrolled, but not reported correctly by employers.

This all seems pretty weak. After two-and-a-half years the Government and the Treasury are still not sure how many drivers opted out with all that implies for grey fleet, CO2 and the total tax take.

In today’s world, how can it take so long to only be able to produce provisional figures when the data is submitted electronically? This is a big issue because, as we understand it, the Treasury gets the same numbers that we do, when we do, and it is setting tax policy.

The Laffer Curve and its implications

There’s tax concept called the Laffer Curve; this is the point when the tax charge is so high that taxpayers change their behaviour and, rather than increasing the total tax and NIC take, we see further increases in the rates actually reducing the amount paid.

If you look at the trend graphs for company car tax and private fuel you can see this effect clearly. On private fuel, the Exchequer’s revenues are already falling year-on-year. I worry that, when HMRC finally get all the sums done, we’ll find that the figures are also falling on company cars.

Obviously, this is just a point in time and, all being well, the current incredibly low tax rates for electric company cars will see this trend reversed. But this will take time.

Anecdotally, we know people who opt out of company cars in the meantime are likely to do two things: they tend to buy cars with much higher CO2 emissions and cash takers are often reluctant to come back into a company car scheme once they have left.

CO2-based company car tax rules have done a great job of bringing down emissions. However significant increases in the past six years have, I believe, been responsible for pushing employees out of company cars and back into the private market where emissions are not tightly controlled.

HMRC’s decision to allow company car drivers to hand keys back was another ‘knee jerk’ reaction and not practical for fleets, say Fleet200 members.