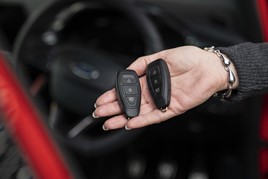 HMRC’s decision to allow company car drivers to hand keys back is another ‘knee jerk’ reaction from Government and not practical for fleets, according to Fleet200 members at the recent virtual roundtable.

A number of fleet managers said they have had requests from drivers to return keys as their cars have been parked up at home during the Covid-19 lockdown.

However, they said from the company’s point of view it is not practical as they cannot have drivers posting keys back to a central location and the cars are tied up in long-term leases.

Even if it were possible, fleet managers have concerns about drivers then needing their cars again and asking for the keys to be returned, which would be equally difficult to facilitate.

For one fleet operator, the decision has not posed a problem as the majority of his drivers are still using their cars for personal journeys so had not asked to return the keys.

Fuel spend has “dropped through the floor”

One fleet operator reported that their fuel spend had “dropped through the floor” during March, April and May, mainly due to employees home working.

They believe that their company car fleet mileage will not go back to the level it was as the business intends to permanently shut offices and a team has been set up to determine future ways of working.

With regards to their vehicle contracts they are evaluating pooled mileages and “exploring all options” for contract lengths.

“It’s tough to make decisions in the current climate,” they said. “We need to ride it out for a bit longer and make some decisions later in the year.”

Another fleet operator has just released a new choice list, focused on hybrid and electric vehicles, which they hope will tempt people to stick with company cars.

However, they are unsure whether people will want a company car if they are not commuting to the office and they have had an increase in enquiries for the cash option, with drivers weighing up their options.

“We’re not sure what the future looks like,” they said.

Adding to the uncertainty is whether employees who have been furloughed will return to work. If they don’t, fleet managers will be hit with early terminations.

The original two-metre social distancing rule (now one metre) introduced due to Covid-19 forced van fleet operators to rapidly increase their fleet as they could not allow people to share vans.

One fleet operator reported that they had had to hire 40-50 additional vehicles as they were unable to use their normal crew cab vehicles.

They praised the support they had received from suppliers, saying that the industry had “stepped up” and without that support “we couldn’t have operated”.

Another fleet operator said that the reduction to one metre had helped as they had been able to off hire the short-term rental vans that they had taken on and the fleet was “back to normal levels”.

However, one person per van is their preferred way of operating, if possible.

They had considered fitting screens to their commercial vehicles to facilitate sharing but had dismissed the idea.

Another fleet operator who has seen work requirements drop spoke about the challenge of having to “hold on” to vehicles with specialist fits outs and conversions and accept that they are under-utilised because they will need them when the economy bounces back.

Licence checking has proved difficult too due to the DVLA furloughing staff and being “weeks behind”.

One operator with a number of foreign drivers said they had been unable to check their foreign licences and had had to stop them using the vehicles.

Fleet operators appreciated the decision to temporarily postpone MOTs but they pointed out it would now be difficult to get back to their original schedule with commercial vehicles due to the parameters the Government has set for resumption of MOTs.

For example they may have to put a vehicle through its MOT in November but then retest in March.

The silver lining to the Covid-19 pandemic is that managers have had to change their views about home working, one fleet manager said.

“This has given them the encouragement that it does work, people do get on with their jobs,” they said.

“It’s a test for everybody to adapt and change.”