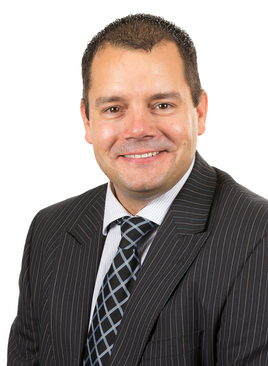 In some respects, the 2021 Autumn Budget and the accompanying Spending Review were significant documents.

They gave Government departments billions of pounds more to spend each year. They upped the level of the National Living Wage. And they introduced new fiscal rules for the Government to abide by.

But, from the perspective of fleets and motorists, this Budget was relatively slender when compared to immediate predecessors, and certainly not as significant as it might have been.

There are a lot of big questions hovering over Britain’s roads at the moment, as we collectively make the transition to electric vehicles. Very few – if any – of them were answered by the Chancellor.

The Budget didn’t contain any new tax measures to help hasten our transition to electric, but it did do some further spending; £620 million has been made available for public charging in residential areas and targeted plug-in vehicle grants. And a separate £817m has been set aside to support investment in zero-emission vehicle manufacturing, gigafactories and the electric vehicle supply chain.

Disappointingly though, the Chancellor didn’t confirm what “targeted plug-in vehicle grants” will benefit from the extra money. That said, the wording of that passage does reflect the text of a report that the Government published in the summer, called Transitioning to zero emission cars and vans: 2035 delivery plan.

That document suggested that the Electric Vehicle Homecharge Scheme, the main grant for residential chargers, will next year be refocused on “renters, leaseholders and those living in flats”. A positive move, but communication around this lacked true clarity.

Additionally, the Budget contained a scattering of announcements on motoring taxation. There was the fuel duty freeze, of course, as well as confirmation that vehicle excise duty (VED) rates for cars and vans will increase in line with RPI inflation next year.

The Chancellor also froze VED for HGVs and suspended the HGV road user levy for another 12 months. But fleets and motorists might have expected a lot more.

As we pointed out in our preview of the Budget, there are currently a lot of big reviews into motoring taxation – including on the overall VED systems for both cars and vans – that have passed through consultation.

But, during the Budget, nothing. We’re still waiting for the actual policy announcements, including Company Car Tax rates for 2025-26 and beyond, which Sunak’s predecessors have been much more forthcoming with.

What’s more, in advance of the Budget, the Government had talked about fuel duty – and how, as more of us move into electric vehicles, that tax might not be a suitable way of raising revenue for the Exchequer.

There had been speculation that the Budget would kickstart a long-term review of alternative revenue-raising measures to cover both fossil-fuelled and electric vehicles, such as some form of road pricing.

However, again, nothing. Of course, there are many more Budgets to come, starting with next year’s Spring Budget. But the Government cannot postpone all these questions indefinitely. If fleets – and, indeed, all drivers – are to prepare for the future, then it would help to know what that future looks like.