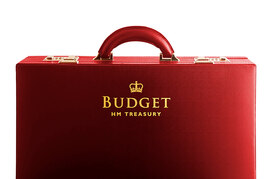 The Chancellor, Rishi Sunak, has axed the planned fuel duty rise but disappointed the fleet and leasing industry by not revealing benefit-in-kind (BIK) tax rates beyond 2025 in the Budget.

Paul Hollick, chairman of the Association of Fleet Professionals (AFP), welcomed the fuel duty freeze, but said it was not unexpected given the rate of petrol and diesel increases seen in recent months.

However, he added he was 'disappointed' by the absence of BIK taxation tables for 2025-26, for which the AFP, alongside BVRLA and Fleet News, has been campaigning and remain an issue for fleets embarking on electrification.

"We would also have welcomed any sign of future discussion on the Government’s future thinking on road pricing, but it appears that conversation remains some way into the future," he said.

“In a wider sense, the good news is that the economy is a relatively good place following Covid – or at least in a better place that could’ve once been expected – although there remains a long list of significant problems, from the semiconductor shortage to the emerging impact of Brexit.”

With the Spring Budget due early next year, Matthew Walters, head of consultancy services and customer value at LeasePlan UK, said the lack of BIK rates beyond 2025 "isn’t yet an urgent concern".

But, he added: "We would urge the Chancellor to continue his record of transparency and provide those rates as soon as possible, so that fleets entering into contracts today are able to plan properly for the future.”

Delivering his second Budget this year, Sunak said today’s announcements do “not draw a line under Covid” and warned of challenging months ahead.

The Office for Budget Responsibility (OBR) has revised up its forecasts for UK economic growth.

The OBR now expects gross domestic product (GDP) to expand by 6.5% this year compared to the 4% it forecast at the Budget in March. This is below what the Bank of England expects - it is predicting 7.4% growth. Still, it means that recovery from the depths of the pandemic is faster than expected.

Walters said: “The Budget’s economic forecasts suggest that the UK will recover fairly strongly from the challenges of the past two years. This doesn’t surprise us, although we would add a note of caution: the ongoing pandemic, as well as the after-effects of Brexit, mean that these forecasts are even more uncertain than usual.

“Whatever happens, the fleet industry is well positioned to help the country achieve strong growth. Not only did we account for over half of all new car sales in 2020, but we are also leading the adoption of cleaner motoring technologies.”

On inflation, Sunak said that in September it was 3.1% and is likely to rise further – with the OBR expecting CPI to average 4% over next year.

“The majority of this rise in inflation can be explained by two global forces,” he said “First, as economies around the world reopen, demand for goods has increased more quickly than supply chains can meet.

“Having been shut down for almost a year, it takes time for factories to scale up production; for container ships to move goods to where demand is, for businesses to hire the people they need.

“And second, global demand for energy has surged at a time when supplies have already been disrupted, putting a strain on prices.”

A planned 2.8p fuel duty rise expected in the Budget has been axed. The Chancellor held fuel duty at 57.95p per litre for the 12th year in a row after petrol prices set a new record high.

The fuel duty freeze is worth £7.85bn over the next five years, according to the Chancellor, saving the average UK car driver a cumulative £1,900, compared to the pre-2010 escalator.

RAC fuel spokesman Simon Williams welcomed the continuing freeze on fuel duty. “With pump prices at record highs, now would have been the worst possible time to change tack and hike up costs still further at the forecourt,” he said.

“If duty had gone up, RAC data suggests the average price of a litre of petrol could have reached 147p taking the cost of a tank to over £80, and diesel an eye-watering 150p.”

However, he was disappointed the Chancellor did not provide further respite for drivers at the pumps.

He explained: “As VAT is charged on the final cost at the pumps, a temporary cut in VAT to motor fuels would have benefitted drivers immediately at time when filling up the car is hurting household budgets more than ever before as well as the wider economy as people will have less money to spend.”

The Chancellor acknowledged the impact of the HGV driver shortage, outlining what measures the Government has already implemented to tackle the crisis.

He also announced that the HGV levy freeze, previously suspended until the August 2022, will be extended until 2023 and vehicle excise duty (VED) for HGVs would be frozen for the next year.

Furthermore, the Government has pledged new money to improve lorry park facilities. It says it will invest £32.5 million in roadside facilities for HGV drivers.

Peter Golding, managing director of FleetCheck, welcomed the freeze VED for HGVs. He added: “The money allocated to funding truck roadside facilities is also interesting, and perhaps shows the Government is listening to at least some of the concerns of drivers and managers, but is unlikely to be enough to make much of an impact on the ground."

With the publication of the National Infrastructure Strategy (NIS) last year, the Government set out its long-term plans for infrastructure investment across the UK, including through road, rail and digital infrastructure.

The Budget and Spending Review sets out how it will deliver on this commitment and go further, providing new investment to benefit every part of the UK.

These include, improving the quality of local transport links with an investment package of £5.7bn for eight English city regions to transform local transport networks through London-style integrated settlements.

The Government has also allocated an additional £5bn for local roads maintenance to help councils fill, according to Sunak, another 1m potholes.

The Chancellor also announced increases to the national minimum wage for people over 23 to £9.50 an hour.

Sue Robinson, chief executive of the National Franchised Dealers Association (NFDA), said: “The increase to the national minimum wage does represent an additional cost for businesses, however, franchised dealers generally pay the vast majority of their staff above the minimum wage as they continue to invest in their most valuable asset, people”.

Walters says that this Budget has left the fleet industry with more questions than answers.

"So many previously announced consultations – into VED for cars, into VED for vans, into a ZEV mandate, and more – have been allowed to pass without any confirmed legislative action," he said.

"And just what is the Government planning around road pricing, which was one of the big talking points ahead of today?

“If the fleet industry is to prepare for the future, then it needs some of these unresolved questions answering as soon as possible.”

The Chancellor announced plans to proceed with reforms to the business rates system by ensuring rent re-evaluation takes place more frequently – every three years from 2023. From 2023, he also announced that businesses making property improvements will not pay anything extra in business rates for 12 months.

For retail, hospitality & leisure businesses, the Chancellor announced a new 50% business rates discount up to a maximum of £110,000.

Rebecca Wilkinson, tax partner at Menzies LLP, said: “These changes could help to kickstart the redevelopment of the high street as retailers in particular start to feel more confident about investing in improvements to their properties, without incurring a hefty business rates penalty for doing so.”

Incentives for capital investment and manufacturing

The Chancellor announced that the Annual Investment Allowance (AIA) will not drop to £200,000 at the end of this year and will stick at the much higher level of £1 million until March 2023.

Richard Godmon, tax partner at Menzies LLP, said: “This gives businesses a bit more certainty so they can plan ahead to make investments over the next 18 months. It should also help to bolster confidence at a critical time when many firms are concerned about rising costs and supply disruption.

“Some businesses that had been planning to invest in new machinery and equipment before the end of year had been worried about being able to complete them in time, due to the current supply shortages. This will allow them more time.”

He also announced a further £22m funding for R&D activity, separate from the Government’s investment in R&D tax credits.

Godmon said: “This looks very favourable for businesses investing in innovation across industry sectors as more of their investment activities will qualify for R&D tax relief from April 2023. However, this scheme is still not used as much as it could be and businesses should seek advice about whether they could be submitting claims in the future.”

The RAC has called on the Government to temporarily cut the level of VAT on motor fuel as the average price of a litre of petrol hits a near-record level.