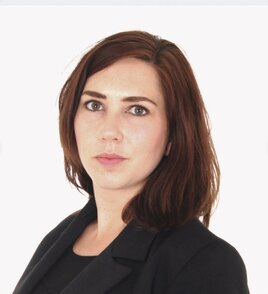 It’s the first major update from the UN’s climate science body since 2014 and reflects the latest research on the impacts of climate change on people and the planet.

It’s a sobering document. The report concludes that global warming is progressing faster than previously anticipated; half of the world’s population is already vulnerable to its effects; and, in some cases, adaptation will be unavoidable. It also suggests no one will be spared the effects of climate change.

That’s one reason it’s important that mitigation efforts, like ending our reliance on fossil fuel through the mass-adoption of electric vehicles (EVs), are accelerated immediately and that everyone has equal access to EVs and EV charging.

According to the IPCC report, governments around the globe must drastically cut carbon emissions to prevent the direct consequences of a warming planet.

The scope of the problem and the speed required to help stave off its worst effects means there’s no longer room for a system in which the privileged few are allowed to participate in the EV revolution whilst the rest must wait on the side-lines as the industry matures.

Not only must inequalities between geographies be addressed, so must those between neighbours. Case in point: here in the UK, EV drivers pay a 5% value-added tax (VAT) for off-street home charging, but those who must rely on street charging are required to pay 20%.

It is such a glaring disparity that would not only be easy to remedy but would also go a long way toward helping the Government meet its own stated climate targets.

On the vehicle side, we applaud the forthcoming UK ZEV mandate, which is essential to meet the country’s climate goals and to create a better EV driver experience.

The scheme, which sets an annual sales floor for EV sales and has had positive impacts on EV uptake in North America, crucially allows the EV charging industry to clearly anticipate infrastructure demand, benefiting everyone from charging companies, car manufacturers and drivers.

Government must also focus on getting road pricing right. Road pricing is the pay-per-mile tax scheme meant to eventually replace the 58p per litre fuel duty (as well as other motoring taxes) as revenues decrease due to the phase out of new diesel and petrol vehicle sales by decade’s end.

For this scheme to incentivise the cleanest vehicles, it is crucial that EV drivers never pay more than those still relying on internal combustion engine (ICE) vehicles, no matter the number of miles driven.

On the EV fuelling side, ensuring enough slower AC chargers are available at competitive rates is crucial to the mass-adoption of EVs.

Whilst AC chargers may not satisfy the traveller on the occasional long road trip, these kinds of chargers are ideal for electric fuelling in most other situations, including at home, on-street, workplace, car parks and supermarkets.

In other words, anywhere a vehicle remains parked for an extended period, which is nearly everywhere.

Networked AC chargers are less expensive to purchase and install, more grid-friendly and easier to manage and maintain than faster DC stations, making them an obvious choice to ensure equitable access to charging across the country, the continent and the world.

The UN report should serve as a wakeup call for us all. The mass-adoption of EVs is a crucial step toward meeting the Government’s own 2050 net-zero target and will help humanity avoid the worst consequences of a warming world.

As the report points out, we’re running out of time to act. Climate change doesn’t discriminate, and neither should we.

We have a once-in-a-lifetime opportunity to reimagine fuelling the way it should be — clean, convenient, affordable and available to everyone.

We have the information, and we have the technology. We must only summon the will because we don’t have any more time to waste.

StoreDot’s XFC technology are already being tested in the real world by a number of OEMs.

Wireless power to be more than 40kW, making charging speeds four times faster than a wired 11kW AC charger and almost as fast as a wired 50kW DC fast charger.