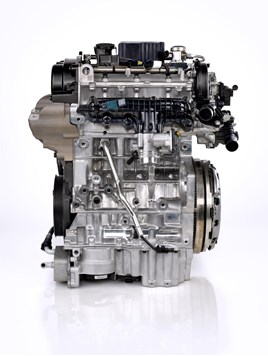 "We're now taking a crucial step further with rightsizing," said Prof. Dr. Ulrich Hackenberg, member of the board of management for technical development at Audi.

Dr. Stefan Knirsch, head of engine development at Audi, sums up the benefits of the new engine: "Thanks to this rightsizing approach, the new engine enjoys the consumption benefits of a downsizing engine in partial load operation, while at higher loads it has the advantages of a large-displacement engine. The result is optimal efficiency and performance characteristics across the entire engine speed range."

When it launches in the new A4 later this year, Audi claims fuel economy of 56mpg, according to the NEDC cycle test.