Company Car In Action hailed a resounding success by manufacturers 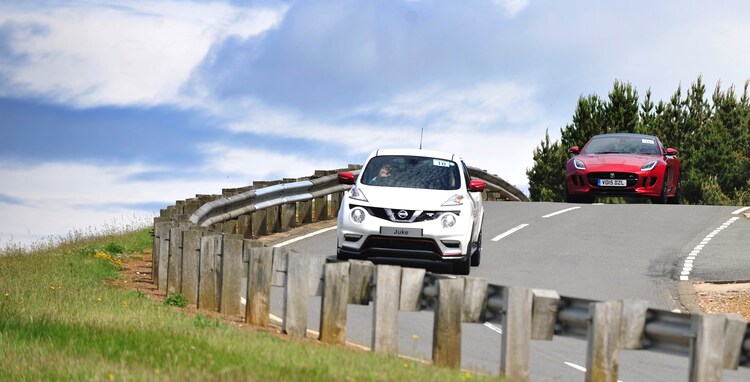 Car manufacturers have hailed the UK’s premier driving event an enormous success, with more fleet decision-makers attending than ever before, and increases in test drives.

Company Car In Action (CCIA), held over two days at Millbrook Proving Ground in June, marked its 25th anniversary in 2015 and proved an unrivalled opportunity for vehicle manufacturers to showcase their cars and vans in front of a large audience of fleets.

Data from Fleet News shows the event, which attracted around 900 attendees, posted the biggest first day in recent years with 527 guests, many of whom stayed at Millbrook until late in the day to ensure they tested all the vehicles required.

The event is designed for attendees to appraise the latest vehicles on circuits which are purpose built for test drives, as well as provide an extensive indoor area with stands for fleet supplier companies, and a venue for them to listen to and take part in debates on some of the important issues currently affecting fleets.

More than 5,000 test drives took place over the two days, with many manufacturers reporting increases compared with previous years.

Michael O’Shea, head of fleet at Volkswagen, said: “This was our first time at CCIA since 2007 and we were delighted to see how the event has changed.

“Our new Passat and Golf models proved popular and we were impressed by the calibre of the audience. All in all, a really professional business event.”

Sally Dennis, head of fleet at Mercedes-Benz, said: “This was the third year we’ve been at CCIA – and 2015 surpassed expectations, being the most successful and productive showing at CCIA we’ve ever had.

“CCIA provided a vital opportunity to bring theory to life, and to give our customers the chance to experience first-hand our new range of exciting new cars in a vibrant, interesting environment that was focused on the needs of the fleet market.”

Renault offered fleets their first opportunity to drive the new Kadjar crossover, with fleets expected to account for 60% of its sales.

“With the imminent launch of the Kadjar in the UK we wanted to give CCIA attendees an exclusive first test drive opportunity in our new crossover,” said Mark Dickens, head of fleet sales operations and remarketing at Renault.

“The reaction to the car from customers was overwhelmingly positive, with the Millbrook venue able to show off the car’s capabilities, and a very high number of enquiries resulting directly from CCIA have led to a strong start for the Kadjar in the fleet market.”

Jon Wackett, Jaguar Land Rover fleet and business sales general manager, said: "Company Car In Action is always a fantastic event and 2015 was no different. There was an enormous amount of interest in the latest Jaguar Land Rover products - in fact, the cars were constantly out on test drives throughout the day. It's also a great chance to catch up with existing clients and establish contacts with new ones.

"With our new ultra-efficient Ingenium diesel engines, which feature in the XE and will soon feature in the Discovery Sport, Range Rover Evoque and the all-new XF, Jaguar Land Rover products have never been more relevant to fleet buyers - and Company Car In Action is a great event to tell them all about what we can offer."

Mazda gave prospective customers the chance to drive the new CX-3, and also had a VIP hospitality facility closer to the action on track.

Steve Tomlinson, head of fleet at Mazda, said: "We are delighted with the number of guests who not only took a test drive with us, but also experienced our VIP hospitality area within the heart of the hill climb route.

“We featured the entire range of Mazda vehicles, including the all-new Mazda CX-3 which was available for customers to test drive ahead of its official on sale date and I'm pleased to say the customer response was fantastic.”

Nick Themistocleous, Ford of Britain fleet director, said: “We were delighted with the response to our vehicle line-up at Company Car in Action, which included the first drives of the new Mondeo Hybrid and new Focus ST.

“The large and knowledgeable audience at CCIA once again came in force to drive the product and engage in dialogue with our Fleet management teams – pushing test drives up almost 70% over last year.”