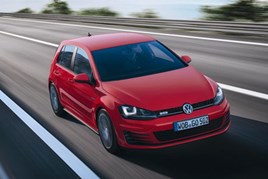 Research from Sewells shows that 81% of fleets expect implications for the UK market following the Volkswagen emissions scandal.

More than 300 fleet decision makers in the UK took part in the Sewells Research and Insight survey immediately following the news of the scandal on Monday.

Results show the news of Volkswagen’s “defeat device” and resulting investigations could have dramatic implications for the market. More than two thirds (68%) of fleet decision makers believe cars in the UK will be affected and a large number (61%) will expect reimbursement for any resulting recalls in the UK.

Key amongst these issues is the trust fleet operators place in manufacturers. Responsible for 2.3 million car registrations in the UK*, fleets are amongst the most powerful and important buyers in the UK car market.

They rely on manufacturer claims when making car purchase business decisions. Of the 2.3 million company cars in the UK, 81% currently run on diesel.

Of those currently operating VW Group models on their fleet, 41% of respondents are now looking to review their current orders from the manufacturer and half (49%) claim they are now reviewing VW Group’s position on choice lists. Three in every four (73%) are looking for reassurance from the VW Group that vehicles on fleet are not affected.

Two thirds of all respondents (67%) are now looking to all manufacturers that respective models on their fleet are not affected.

Simon Staplehurst, head of commercial insight at Sewells Research, said; “Fleet operators have a right to ask serious questions of manufacturers when news like this emerges. It’s hard to exaggerate just how important fleets are to manufacturers and how important diesel is to this market. Fleet managers make critical business purchasing decisions on manufacturer claims when it comes to fleets and trust is the bedrock of these relationships and choices.”