Former Porsche boss Matthias Müller has been appointed as CEO of the Volkswagen Group as its passenger cars division has named some of the models affected by the emissions scandal. 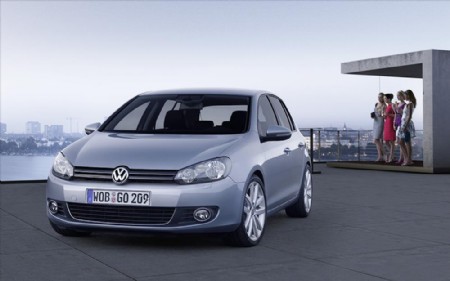 A statement from the group supervisory board on Friday said they are working with lawyers in Germany and the US to investigate and clarify what manipulation occurred, and is beginning to suspend some employees across the group.

Herbert Diess, CEO of the Volkswagen Passenger Cars brand, said: "We are working at full speed on a solution."

An update from the brand said five million of its cars with EA 189 diesel engines are affected worldwide, which the company now says includes both 1.6-litre and 2.0-litre variants. A previous group statement detailed 11 million affected vehicles, with the remaining six million vehicles likely to be across other group brands including Audi, Skoda and Seat. It is not yet known how many models in the UK are affected.

The brand reiterated that new diesel vehicles with Euro 6 engines on sale across Europe now are not affected, including the current Golf, Touran and Passat.

Audi told Reuters this morning (Monday) that 1.42 million Audi vehicles with Euro 5 engines are affected in Western Europe. Affected model lines include the A1, A3, A4, A5, A6, TT, Q3 and Q5, the spokesman said.

Meanwhile, Louise Ellman MP, chair of the transport select committee, has written to the transport secretary asking for clarity on the proposed retesting process for vehicles in the UK.

She said: "It is vital for the public to have confidence in the testing regime and the information it supplies. This has undoubtedly been damaged by the current revelations. There must be full disclosure about what has happened and urgent action must be taken to restore the public's trust."