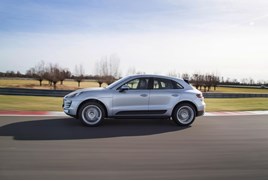 Porsche has issued a recall of more than of 50,000 Macan S and Macan Turbo models after it identified a fuel line issue.

The car company, which is owned by the Volkswagen Group, said the move was a precautionary measure, with 58,881 examples of the Macan S and Macan Turbo affected around the world, of which 1,198 are in Great Britain.

The issue relates to a possible leak in the low-pressure fuel line inside the engine compartment.

Porsche said the line will be replaced in the workshop and is a purely precautionary measure.

Only petrol engines are affected and owners of the vehicles will be contacted directly by their responsible Porsche dealers.

The carmaker said workshop appointments would be arranged as quickly as possible, with work taking approximately one hour and carried out free of charge.