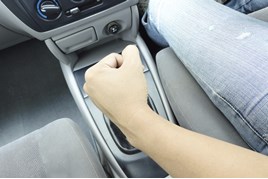 A US driver was caught after a hit-and-run collision when her car's eCall-style system dialled 911 after the impact.

ABC TV reports the driver's Ford Sync system called the emergency services after a collision with a pick-up truck and a people carrier.

After the automated report, the emergency operator then connected to the driver, who denied any involvement in the accident.

The driver told the dispatcher that "everything was fine," before the dispatcher said, "Ok but your car called in saying you'd been involved in an accident. It doesn't do that for no reason. Did you leave the scene of an accident?"

"No I would never do that", the driver replied.

The eCall standard, which means cars can dial emergency services in case of accident, either via the drivers mobile phone or an in-built SIM card, will be mandatory for all new vehicles in the EU by 2018.