Full production started in December at the Sunderland plant and with the final quality checks complete the vehicles have been released for sale.

The Q30 has just been awarded best-in-class “small family car” 2015 by Euro NCAP. 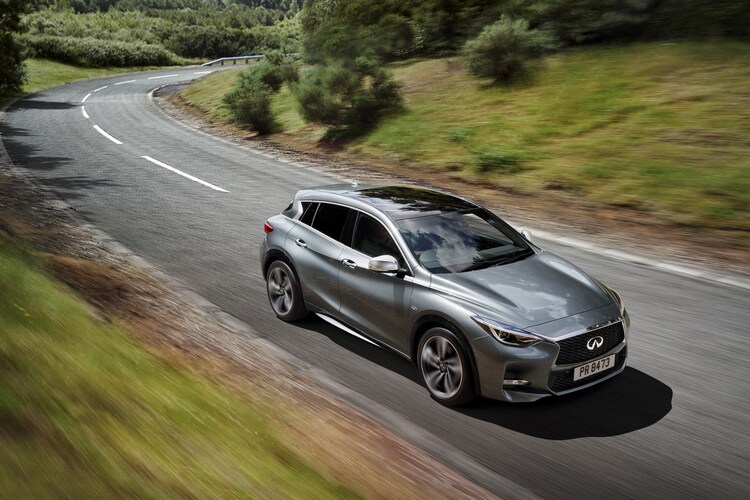 This is the start of a busy time for Infiniti in 2016 with the QX30, an active crossover, soon to follow the Q30 down the Sunderland production line (shared with the Nissan Note and Juke models) in early Spring, with an expected on sale date soon after.

Infiniti’s new sports coupe Q60, first revealed at the Detroit motor show earlier this month, is expected to arrive in UK showrooms in the Summer.

70% of all sales in the UK to date have been of the Q50 mid-sized saloon. In 2015, total sales of all models increased by over 60% compared to 2014 with continuous growth month by month up until December. An all-time high of 7,000 vehicles sold in Western Europe represent an increase of 45% from 2014 across the entire region.

With the addition of the Q30 premium compact to the Infiniti portfolio, the retail network is also being expanded. In the UK new retail partner Motorline have started the building process to open up a new centre in Bristol.

Infiniti will also be opening up its first authorised repairer based in Exeter. Both centres are expected to be operational by the end of January.

Carl Bayliss, regional director for the UK, said: “2015 was an excellent year for Infiniti. Not only in terms of sales but we are starting to build the foundations and plans for the new products arriving in the next 12 months. It is going to be another very exciting year for Infiniti in the UK.”