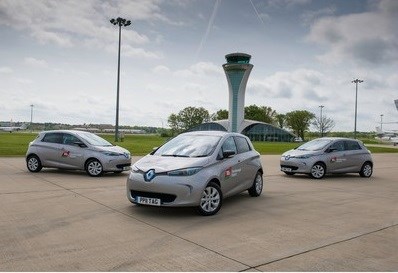 Renault has become the best performing electric vehicle manufacturer in Europe, with a market share of 23.6%.

The brand current model line-up consists of the Zoe, a compact hatchback launched in 2013, the Kangoo Z.E., the electric version of Renault’s LCV launched in 2011 and the Twizy, an urban two-seater quadricycle, launched in 2012.

The Zoe is the top-selling all-electric passenger car with its market share increasing by 2.2 percentage points to 19.2% and 18,453 new registrations in 2015.

Renault Kangoo Z.E. is the best-selling electric LCV in Europe with 4,325 units sold in 2015, accounting for 42.6 per cent of the all-electric LCV market.

Since its launch, 16,331 Renault Twizy's have been sold - although are excluded from the headline figures.

In the UK, Zoe sales were up 102 per cent in 2015 to 2,053 vehicles, significantly outpacing the UK electric vehicle market, which was up 48% (including Twizy) on 2014. The Zoe is the second best-selling fully electric car in the UK representing one in five EVs sold.