Was this article useful?
1 person found this useful
13 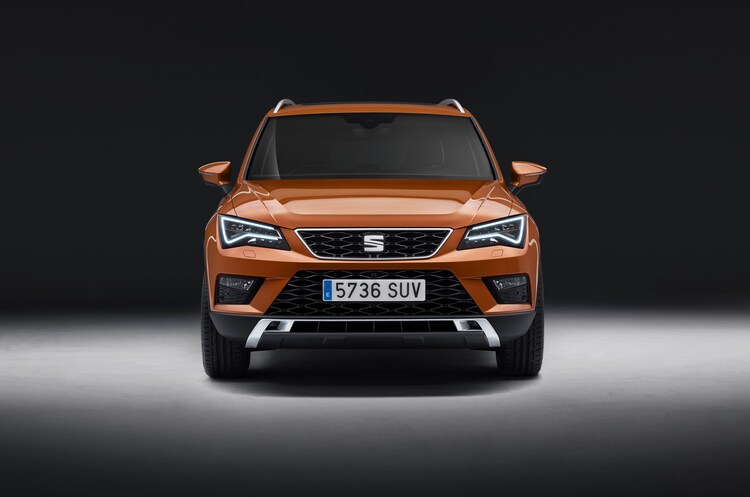 Seat's new Ateca compact SUV will be priced from £17,990 when order books open in May.

Flagship trim level Xcellence adds a Connectivity Hub with Wireless Phone Charger which also boosts in-car phone signal, as well as multi-colour interior ambient lighting with LED interior illumination and a choice of eight colours. An ‘Ateca’ welcome light silhouette which is projected onto the ground from the bottom of the door mirrors, and finally, SEAT Drive Profile with Driving Experience selector. This latest evolution of the brand’s tried and tested technology allows the driver to adjust Ateca’s set-up (steering, throttle response and gear change speeds – the latter on DSG-equipped versions) according to road and weather conditions or personal preferences, including Off-road and Snow modes on four-wheel-drive versions.

A wide choice of engines include a frugal 1.6 TDI capable of 65.7 mpg. A total of five engines feature in total, comprised of two petrol and three diesel, ranging in power from 115 PS to 190 PS and all mated to either six-speed manual or seven-speed DSG-auto transmissions.

The three-cylinder 1.0 TSI 115hp petrol is available on the S and SE, while the 1.6 TDI 115hp diesel also features on S and SE. Upping power output to 150hp brings in both the 1.4 EcoTSI with Active Cylinder Shutdown, as well as the 2.0 TDI, both of which appear across SE and Xcellence trims. The 2.0 TDI 190, is exclusively available on the range-topping Xcellence, and comes with DSG and 4Drive, SEAT’s four-wheel-drive system.  4Drive is also an option with the 2.0 TDI 150.