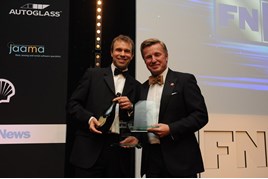 The model marks its seventh consecutive year placed at number one, and the eighth time since it first took the position in 2008.

The 3 Series, which was updated in 2015, took a clear victory over the Volkswagen Golf in second place, with the Audi A4, which was relaunched a year ago, in third.

The reliability survey asks FN50 companies to rank the best performing vehicles for reliability based on warranty claims and breakdowns and award points.

The totals for each car and manufacturer are collated to assemble a table of the best-performing models. The total number of cars in the FN50 this year totalled 1.2 million.

Audi followed the A4’s top three position with the A3 in fourth, while the British-built Honda Civic is the highest placed Japanese car in fifth.

Honda will be hoping to consolidate that position with the all-new Civic, due next year.

BMW’s popular 5 Series follows the Civic, and is the highest ranked executive car, with the Volkswagen Passat, due a mid-life refresh soon, taking seventh place as the best performing mainstream upper-medium model.

The Mercedes-Benz C-Class retains its eighth position achieved a year ago, with Nissan’s most successful model in Europe, the Qashqai, taking ninth place having been outside the top 20 in 2015. The current model was launched in 2014, suggesting its enhanced reliability compared to the previous generation model.

The Škoda Octavia takes 10th, managing to leap up from the 12th place achieved in 2015, while Toyota’s Auris and Prius take 11th and 12th places respectively.

Audi takes a third top 20 position in this year’s table with the Q5 appearing in 13th place, with Nissan’s compact crossover, the Juke, ranked 14th.

The highest placed Ford model, and the UK’s best selling car overall, the Fiesta, takes 15th position in the table, followed by a third BMW, the 4 Series, in 16th place.

The Toyota Avensis secures 17th place, while the Mercedes-Benz A-Class is next, taking the position held by the E-Class in the 2015 table.

The Jaguar XE (launched in 2015) makes its first FN50 reliability appearance in 19th place, which was held by the XF last year. The XF falls just outside the top 20 in 2016.

The final position in the top 20 is taken by the Mitsubishi Outlander, which also illustrates the popularity of the model with user choosers since the plug-in hybrid variant was launched in 2014.

In the manufacturer rankings, the top five places are in exactly the same order as in 2015.

The remainder of the top 10 has undergone a reshuffle for 2016.

Nissan is ranked sixth, jumping from the 10th place it achieved in 2015, with Škoda falling one position compared with last year, taking seventh.

Honda also drops a place to eighth after securing seventh position last year, while Ford consolidates ninth in the rankings.

The final place in the top 10 is taken by Jaguar, which indicates an improvement in its performance on the back of its new models after achieving 11th place in 2015.

Another improvement is achieved by Vauxhall, which leaps from 15th in 2015’s survey to 11th place, and Hyundai manages 12th place, knocking Lexus down into 13th, despite that brand’s dominance in some consumer reliability tables.

Mitsubishi has switched places with Kia, moving into 14th while an improving Land Rover sits in 16th.

Peugeot is ranked 17th, coming from outside the top 20 in 2015, while Renault also muscles in on the top 20 in 19th place, both French brands sandwiching Mazda.

While BMW has cemented its first place, Mini hasn’t fared quite so well, falling from 16th last year to round out the top 20 in 2016.

However, Volvo fared worst. Number eight last year, it drops out of the top 20 altogether in 2016.