Was this article useful?
3 people found this useful
8 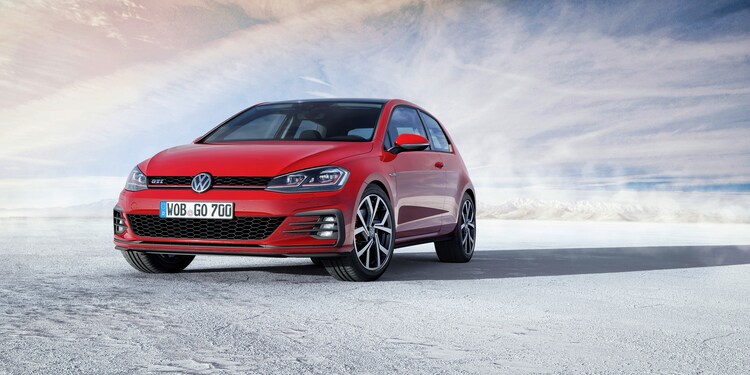 Volkswagen has unveiled an updated version of the Golf for 2017, which promises drivers better fuel efficiency, improved safety and new hi-tech features.

The car, which was unveiled at an event Germany attended by Fleet News, features subtle styling changes, with mildly redesigned front and rear ends, disguise a range of newly available features, and perhaps inevitably after Volkswagen’s diesel emissions scandal in 2015, a big focus on new petrol engines.

With redesigned bumpers and a ‘hidden’ radar for versions with adaptive cruise control or Front Assist, the Golf will feature LED rear lights on all versions, and with LED headlights replacing xenon headlamps where previously available as standard or optional.

Larger touch-screens feature on the dashboard, while ‘gesture control’ is now offered, allowing the driver to use a ‘swipe’ gesture to reach different controls.

It is also offered with an optional digital instrument display. The driver can select from Classic, Consumption & Range, Efficiency, Performance & Driver Assistance or Navigation profiles.

While the previous Golf had been available with a number of safety systems, including adaptive cruise control (ACC) autonomous emergency braking and pedestrian monitoring, there are enhanced features available in the new version.

Traffic Jam Assist combines the lane departure warning system and ACC for all Golf models with a DSG gearbox. The system makes traffic jams or stop-and-go driving in the Golf more comfortable and aims to make driving in slow traffic safer, as the assistant helps the driver to avoid rear-end collisions.

An new lane-keeping assistant can be activated as low as 37mph, while with Emergency Assist, the new Golf can also detect if they driver has been taken ill and slow to a safe stop.

As soon as the sensors detect that the driver is not making any steering, braking or acceleration movements, the system initiates various escalating actions to alert the driver, and if the driver remains inactive, it initiates an emergency stop.

The hazard warning lights are activated automatically and the Golf executes a gentle steering manoeuvre to make surrounding traffic aware of the hazardous situation. ACC prevents the vehicle from colliding with the traffic ahead. Finally, the system brakes the Golf gradually to a standstill to avoid a serious accident, if possible.

It also features enhanced parking assistance and a trailer assistant to make reversion while towing easier.

The six-speed DSG in outgoing versions will be replaced by a more responsive and efficient seven-speed DSG, while a new 150PS 1.5-litre TSI engine, with cylinder deactivation, will replace the earlier 1.4 TSI. A les powerful 130hp variant with Bluemotion badging will also be available, offering CO2 emissions from 104g/km, thanks to a hybrid-style extended coasting function.

GTI versions will get a 10PS boost to 230PS, while the GTI Performance variant will be 245PS. GTD and GTE plugin hybrid variants will continue, as will the high-performance R.

Orders will open in February 2017, with first UK deliveries in April.