Was this article useful?
2 people found this useful
13 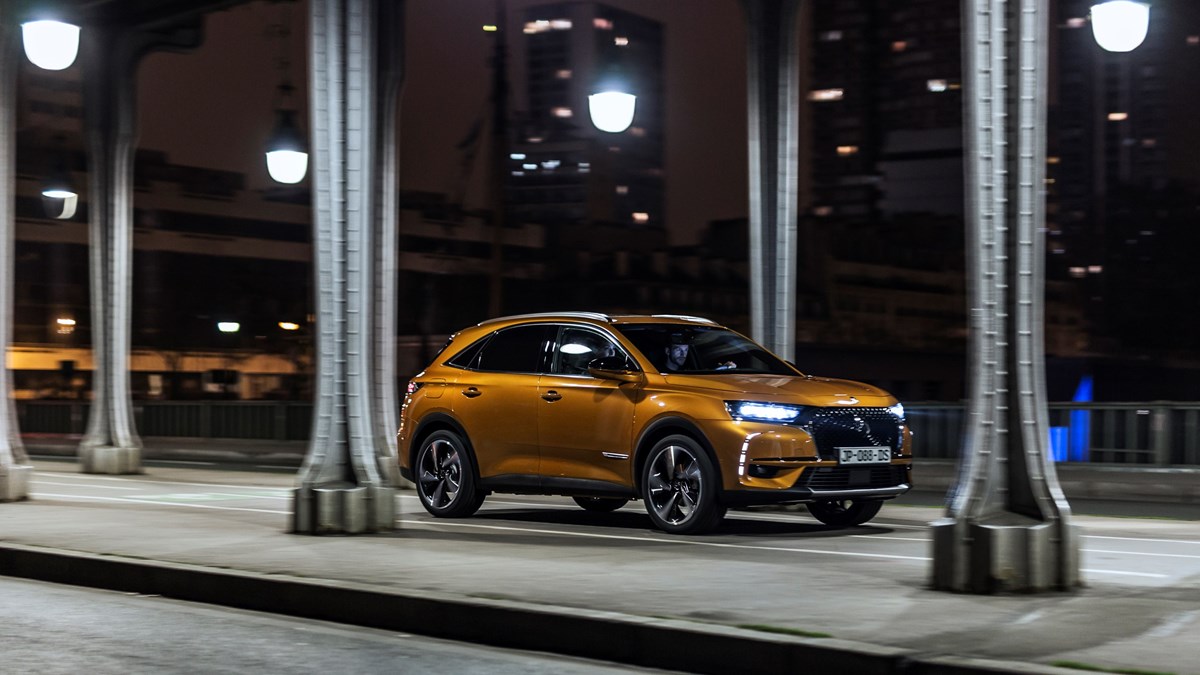 French car brand DS is to introduce its DS 7 Crossback SUV, to be fully revealed at the Geneva motor show.

The 4.57m SUV will become the largest vehicle in the DS range, and will be available with a range of five engines, including a 4x4 300ps petrol plug-in hybrid capable of 37 zero emission miles.

The car is laden with technology - including lighting, infotainment, autonomous drive, and safety systems.

DS Active Scan Suspension features the latest innovations in electronic technology. Identifying and anticipating the forthcoming surface undulations, be they any bumps and dips in the road, it continuously controls the damper actuation (shock absorbers) accordingly.

DS Driver Attention monitors three signals: the eyes for signs of tiredness (blinking); the face and head movements for signs of distraction; and the course steered by the car in its road lane (deviations or steering movements by the driver).

DS Connected Pilot packages up adaptive cruise control and lane departure warning, and is capable of working in traffic jams.

The DS Active LED Vision system is made up of a main LED lamp and three rotating LED modules, which can swivel from left to right or right to left – and also be articulated to move up and down – depending on the steering wheel angle and vehicle speed. The projected range of the lamps is increased or decreased, while the beam is broadened or better directed to cast more or less light on the sides of the road, as deemed.

The vehicle will be built at the PSA Mulhouse plant in France. Orders for the limited edition launch model open next week, with first deliveries later this month.