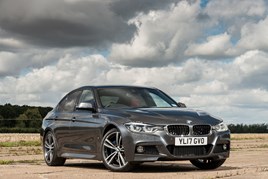 Parkers has named the BMW 330e M Sport as Company Car of the Year 2018 in its inaugural New Car Awards, which are announced today (September 20).

Judges from the car review site, which is a sister title to Fleet News, said: "The smart company car money goes on petrol rather than diesel these days – as in most cases a modern petrol engine will be cheaper to tax, offer greater refinement, an engaging drive and good fuel economy. Add in an electric motor and you’ll be laughing all the way to the next boardroom meeting.

"The plug-in hybrid that’s making eco motoring cool – all the image and driving brilliance you expect from a 3 Series, combined with great potential for fuel economy and temptingly low tax bills.

"With a badge company car drivers crave at a price many will find they can actually afford, it’s fast, frugal and satisfying to drive. At the same time, it deploys modern hybrid technology like a boss. The BMW 330e is our winner."

In the Parkers review of the 330e, the team said: "It’s easy to drive, stick with Comfort mode on the Drive Performance Control switch next to the gearlever, and it’ll waft along for up to 25 miles between plug-ins."

Parkers editor Keith Adams added: "The fact you see so many BMW 3 Series models with the subtle 330e badging tells you all you need to know – this is a plug-in hybrid that’s desirable enough to want without having to justify it. Considering the 3 Series range is entering its twilight years, its excellence is all the more remarkable." 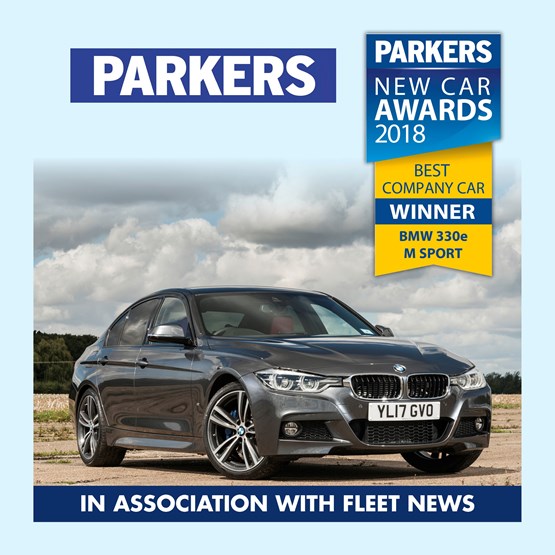 About the 2018 Parkers New Car Awards

The all-new awards reflect the views of Britain’s car-buying public, choosing winners based on the buying habits of the website’s 2.9 million users actively involved in the buying process. Major life stages have been reflected in the award categories.

The awards have been shaped by detailed analysis of Parkers.co.uk traffic: 77% of site visitors are researching cars from multiple market sectors, destroying the long-held notion of traditional competitor sets and rivals.

Parkers’ research also finds 78% of car buyers don’t like jargon, so there are no industry terms like SUV, Crossover, City Car or Supermini – instead we’ve created plain English categories such as Best First Car, Best Small Family Car and Best Car for Thrill-Seekers.

Parkers has shortlisted cars its expert reviewers have tested independently and rigorously, analysing the cost per month, value, quality, fitness for purpose and overall excellence.

The BMW 530e gives drivers the best of both worlds with the latest eco version and is expected to win a significant amount of extra sales.