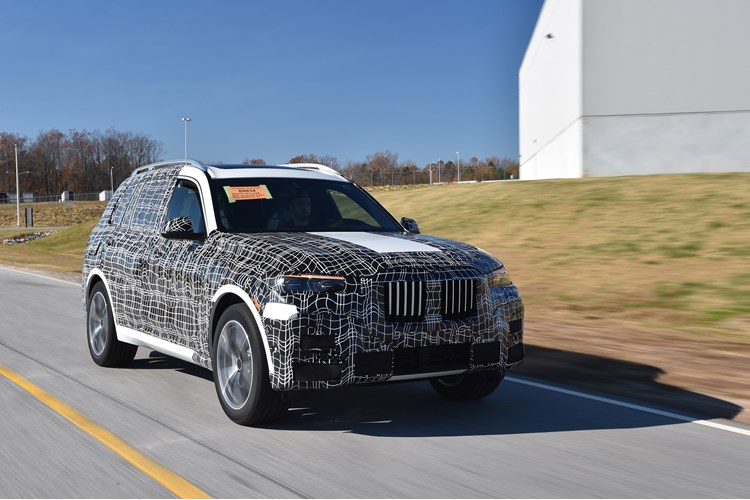 BMW has revealed the first images of its new X7 large SUV, as the new model begins pre-production at the manufacturers Spartanburg plant, USA.

The production car will be ready in 12 months.

Knudt Flor, head of the BMW Group Spartanburg plant: “We are proud to produce the BMW X7 here in Spartanburg, the home of our X models. This is a very special vehicle and our employees are looking forward to yet a further member of the X family. Together with the BMW X7, a total of five BMW X models will be exported from Spartanburg to all four corners of the globe.”

The new X7 pre-production models already use the same assembly line as the current BMW X5 and BMW X6.

BMW unveiled the Concept X7 iPerformance earlier this year in Frankfurt. The new images suggest the design of the brand’s first Range Rover rival will remain similar to the concept.

The pre-production models will be handed over to BMW’s development department specialists, who require them for homologation, registration as well as for diverse testing purposes such as endurance tests and test drives under extreme conditions in the desert regions of Death Valley and on the ice and snow covered slopes of Scandinavia.

More than 50,000 BMW i, BMW iPerformance and electrified Mini vehicles have been sold globally in the first seven months of the year.

BMW displays i Vision Dynamics and X7 iPerformance at Frankfurt