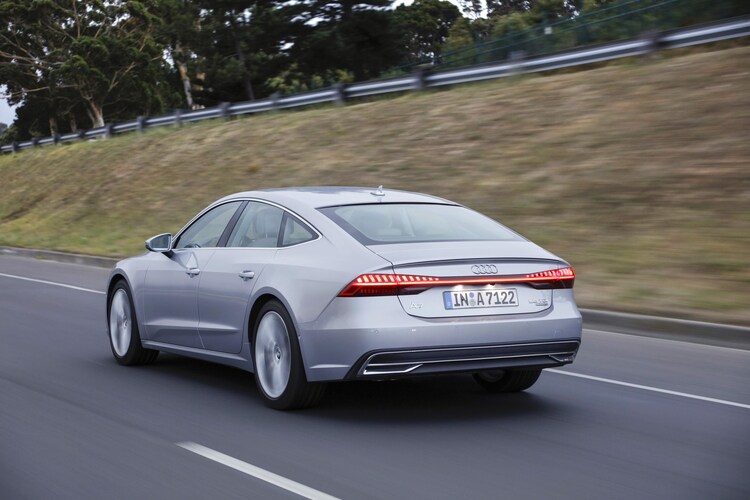 Audi has revealed the prices for its new A7 Sportback, which is available to order priced from £54,940.

First deliveries for the five-seat coupe are expected in April.

The A7 Sportback has been enhanced with a number of features that debuted on the recently launched Audi A8.

Interior space has been increased, giving rear passengers more leg and head room. There is also a 535-litre boot.

Audi’s new MMI touch system utilises 10.1-inch upper and 8.6-inch lower touchscreen displays which appear to blend into the dashboard when switched off.

The two high resolution screens replace the rotary controller and satellite button system used by the previous model. They provide haptic and acoustic feedback as confirmation when a fingertip triggers a function.

There are 39 driver assistance systems, including parking pilot and garage pilot – allowing remote control of the vehicle from a smartphone.

In the UK the new A7 Sportback will be based around two specification levels – Sport and S line – and two engines.

A 50 TDI variant is also available, utilising a V6 TDI diesel that delivers 286PS and 620Nm of torque. It enables the A7 Sportback to reach 62mph in 5.7 seconds and a 155mph top speed. Combined fuel consumption peaks at 50.4mpg, corresponding to 147g/km of CO2.

Another core component of the standard technology package benefiting all A7 Sportback models is the new mild hybrid drivetrain (MHEV) made possible by the newly introduced 48-volt primary electrical system.

At speeds of between 34 and 99mph, it enables the V6 engines to be deactivated and the A7 Sportback to coast in freewheeling mode. The Belt Alternator Starter (BAS) re-fires the engine smoothly and comfortably after coasting, and is capable of channelling up to 12kW of energy back into the lithium ion battery during recuperative braking.

The start-stop function has also been significantly expanded and now activates at 13mph. In combination with the standard front camera, the engine is restarted predictively while at a standstill as soon as the vehicle ahead begins to move.