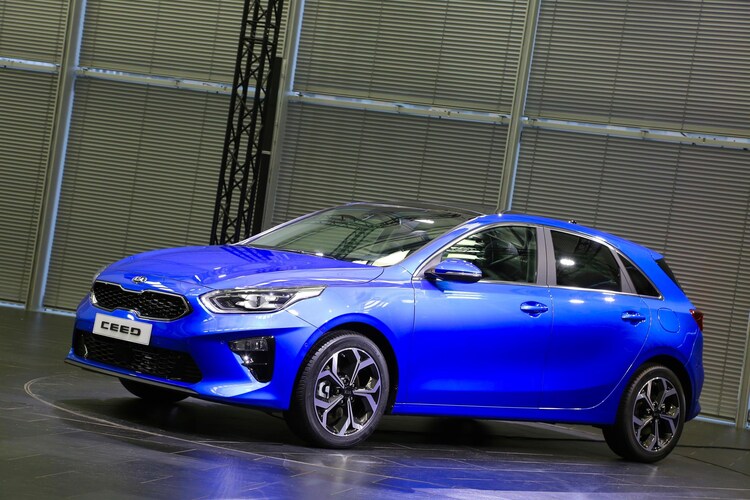 Kia has revealed the all-new Ceed ahead of its official debut at the 2018 Geneva motor show.

It will be available by the end of Q2 but prices have not yet been revealed.

The new Ceed is lower, wider, and has a longer rear overhang than the car it replaces. It features ‘ice cube’ LED daytime running lights as standard, echoing the appearance of earlier GT and GT-Line models.

Inside, the Ceed benefits from higher-quality materials. The cabin architecture from the most recent Kia vehicles, such as the Stinger, has been adapted for the Ceed.

The new platform supports a larger, 395-litre boot, as well as greater shoulder room for rear passengers, more headroom in the front row, and a lower driving position.

Lane Following Assist, a ‘Level Two’ autonomous driving technology is available for the first time on a Kia.

Kia says the Ceed has been engineered exclusively for European roads, with European buyers in mind.

The ride and handling characteristics of the new model promise to elevate the Ceed over its predecessor in terms of dynamism and driver engagement.

The new engine is available with a choice of power outputs (115 and 136ps) and its CO2 emissions are expected to fall below 110g/km.

Every engine will be paired with a six-speed manual transmission, while the new 1.4-litre T-GDi and 1.6-litre CRDi engines will also be available with Kia’s seven-speed double-clutch transmission.

Kia has revealed the prices, specifications and CO2 emissions of its all new Stinger, which is available to order now.

Kia will unveil the all-new Ceed at the 2018 Geneva motor show, set to take on the market-leading Ford Focus.