The demand for petrol and alternative fuel vehicles (AFVs) continues to rise, but registrations of diesel cars declined 23.5% in February, says the Society of Motor Manufacturers and Traders (SMMT).

Overall, 80,805 new cars were registered, a 2.8% drop compared with February 2017, in what is traditionally one of the quietest months of the year ahead of the March number plate change. So far this year, the UK new car market has declined by 5.1%.

Mike Hawes, SMMT chief executive, said: “Although the new car market has dipped, it remains at a good level despite the drop in demand for diesel.

“Consumers should be reassured, however, that the latest cars are the cleanest in history and can help address air quality issues, which is why they are exempt from any restrictions.

“Looking ahead to the crucial number plate change month of March, we expect a further softening, given March 2017 was a record as registrations were pulled forward to avoid VED changes.”

Demand for petrol and AFVs rose were up 14.4% and 7.2% respectively in February, with the former driven by some new, smaller models coming to market.

However, double digit growth for petrol and AFVs has been unable to offset the move away from diesel, which now commands a 35.6% market share. The discrepancy in demand suggests diesel car owners are keeping their older cars for longer.

Ashley Barnett, head of consultancy at Lex Autolease, said: “Ongoing noise around diesel continues to cause confusion in the marketplace, so it’s not surprising to see new vehicle registrations are down. Continued economic uncertainty is also delaying some businesses and consumers from making decisions around future vehicle replacement.

“Higher taxes and clean air zones could be discouraging the use of diesel cars and driving a shift towards petrol, as some consumers remain undecided on the suitability of alternative fuels for their needs. However, many of the very latest diesel vehicles can emit lower levels of greenhouse gases than their petrol counterparts and should continue to have an important role for a large proportion of vehicle users.

“According to the SMMT’s New Car CO2 Report, the average CO2 emissions figure for new cars rose in 2017 for the first time in 19 years, which could be an unintended consequence of the push against diesel over the past 12 months or so.

“Our message to fleet managers and individual drivers is to stay focused on getting the right vehicle for the right job, and to seek expert advice when considering a shift in vehicle fleet policy or choosing a new car.” 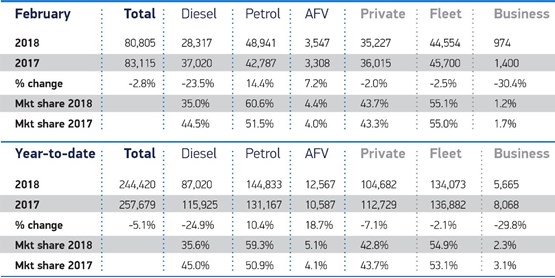 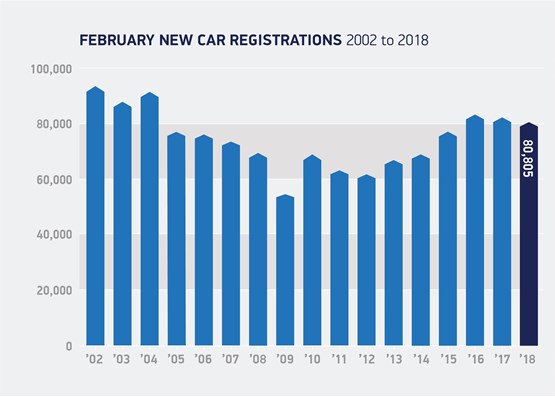 Diesel vehicles could be banned from German cities after court ruling

Major cities in Germany will be able to ban diesel cars after a ruling by the Federal Administrative Court in Leipzig.