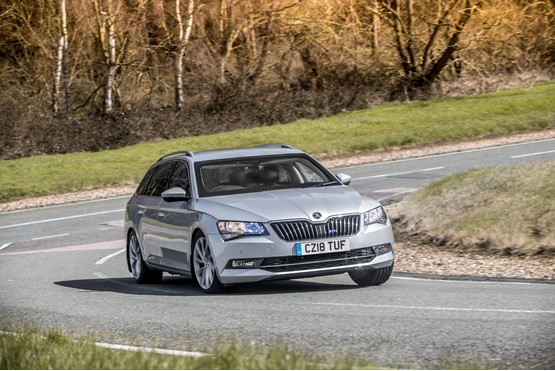 Skoda has developed an armoured Superb Estate, available to buy from £118,688.

The ballistic and bulletproof model is based on a standard Superb Estate and comes with a 2.0 TDI 190PS engine.

It was built as part of a three-year development and engineering project in the UK.

Visually, the civilian-spec car is almost indistinguishable from a standard model, despite being fully armoured and fitted with bullet-resistant glass.

Exact details of the conversion remain a secret but Skoda has confirmed that the passenger cell has been reinforced to the extent that it meets PAS 300 requirements for ballistic and blast protection. This certification was carried out by an independent test facility and involved firing different types of ammunition at the vehicle and exposing it to blast and fragmentation threats.

The suspension and braking systems have been upgraded to account for the additional weight of the car, with the former modified to ensure safe and accurate handling at high speeds.

Other features incorporated into the design include adaptations to the wheels that can continue to run even if the tyres are deflated – allowing the driver to get to a place of safety after a blowout – and an emergency lighting and siren system.

The final on-the-road cost of an armoured Superb is £118,688, and, like all new Skodas, comes with a three-year warranty as standard.

Škoda improves comfort and safety of Superb with new equipment

Škoda improves comfort and safety of Superb with new equipment

Fleet Poll
Have you recently received an incorrect tax code for a company car from HMRC?
Vote
View all
61