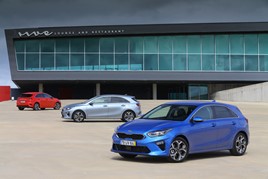 Now in its third generation, the all-new Kia Ceed comes with a range of powertrains on offer, including Kia’s all-new ‘U3’ diesel engine.

Available with a choice of power outputs (115 and 136ps), the new 1.6-litre diesel produces 280 or 300 Nm torque in its lower state of tune when paired with manual or dual-clutch transmissions (DCT) respectively.

The 136ps version also produces 280 Nm when paired with a six-speed manual transmission, and 320 Nm with the seven-speed dual-clutch transmission.

The new engine emits less CO2 than others in the Ceed line-up. With a six-speed manual transmission, the 115 ps version emits just 101g/km (combined, WLTP, converted back to NEDC 2.0), or 99g/km with the ECO Pack.

Petrol options include an updated version of Kia’s popular 1.0-litre T-GDi (Turbocharged Gasoline Direct injection) engine. The engine produces 120ps and 172 Nm torque, with emissions from 125g/km, or 122g/km with the optional ECO Pack (WLTP combined, converted back to NEDC 2.0). See ‘Technologies and Features’ for additional information on the ECO Pack.

The engine’s turbocharger ensures a wider torque band than the earlier 1.6-litre engine, making it more responsive in a wider range of driving conditions – while also reducing emissions. 242 Nm torque is available from 1,500 to 3,200 rpm, with combined emissions (on the WLTP cycle converted back to NEDC 2.0) from 125g/km when fitted with the seven-speed dual-clutch transmission. Manual models emit 130g/km, or 128g/km with the ECO Pack.

Both 1.0- and 1.4-litre T-GDi engines are fitted with a petrol particulate filter to further reduce tailpipe emissions, ensuring the Ceed goes beyond the requirements of the Euro 6d TEMP standard.

Every engine is paired with a six-speed manual transmission, while the new 1.4-litre T-GDi and 1.6-litre CRDi engines are available with Kia’s seven-speed dual-clutch transmission.

In 2019, the Ceed will also be available with Kia’s new ‘EcoDynamics+’ 48-volt mild-hybrid technology, to further reduce CO2 emissions.

The ‘EcoDynamics+’ powertrain supplements acceleration with power from a 48-volt battery, while a new Mild-Hybrid Starter-Generator unit extends engine ‘off time’ with a ‘Moving Stop & Start’ function.

Emilio Herrera, chief operating officer for Kia Motors Europe, said: “After more than a decade on sale, the Kia Ceed continues to underpin the brand’s consistent growth across Europe.

“Like its predecessors, the new model has been designed and engineered exclusively for European buyers, fine-tuned thanks to the feedback from a growing Kia customer base.”

He continued: “Advanced new technologies make the Ceed more comfortable, convenient to use and safe. Meanwhile, a range of new engines and European-tuned ride and handling will make it more enjoyable and engaging to drive. And Kia’s unique seven-year warranty provides unrivalled reassurance to customers about the quality of their new vehicle.”

The Ceed five-door hatchback and Ceed Sportswagon goes on sale in the UK on August 1, with pricing starting from £18,295.

Extending the straight lines of the bodywork, and capped with a subtle tailgate spoiler, the Ceed Sportswagon joins its five-door hatchback sibling in presenting a stable, sporty aesthetic.

The rear overhang is extended by 115mm (now 1,070mm) compared to the outgoing model. At 4,600mm in overall length – 95mm longer than its predecessor – the new model offers significantly more cargo space.

From launch, the Ceed range will be available in a choice of 11 paint finishes. A selection of wheels and designs are available, with buyers able to choose from 15-inch steel wheels, 16-inch steel or aluminium wheels, and 17-inch two-tone diamond-cut alloy wheels. 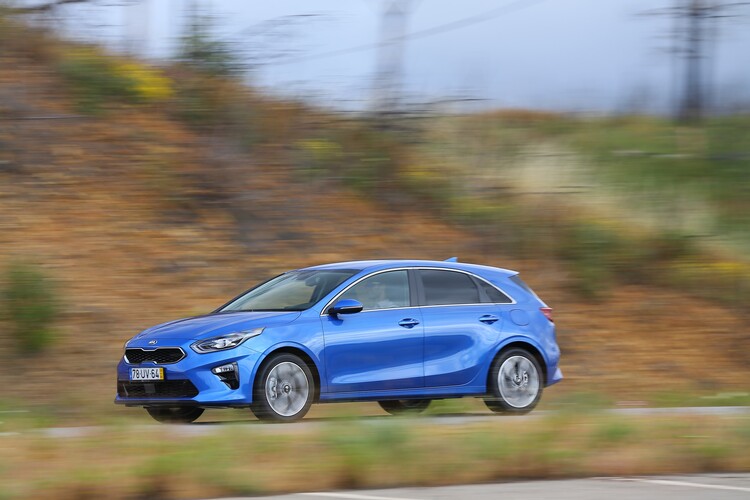 Kia has taken the wraps off its updated Sportage SUV which will feature a refreshed exterior and interior design as well as new safety and infotainment technologies.

Kia has turned the tables on high-mileage PHEV skepticism with the Niro, road test reveals

Kia is set to launch a fully electric version of the Niro, with a range of up to 280 miles, before the end of the year.