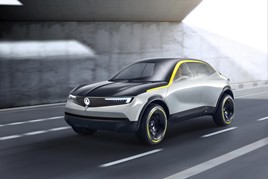 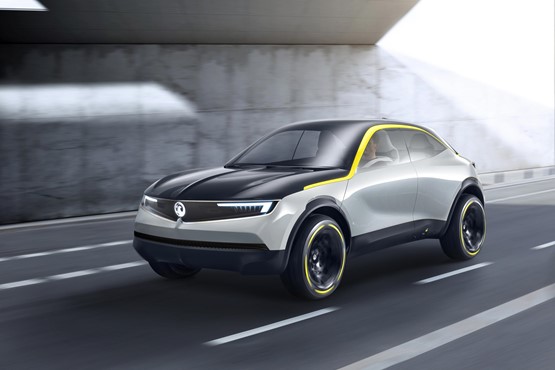 Vauxhall has pulled the covers off its GT X Experimental concept, an electric SUV that highlights the brand’s future design direction.

Reflecting Vauxhall’s promise of an electrified vehicle in each of its ranges by 2024, the GT X Experimental is a fully electric car with power delivered by a 50kWh, compact next generation lithium-ion battery with inductive charging.

It offers Level 3 autonomous driving functions, meaning that it can handle all aspects of driving, but the driver must be able to respond to a request to intervene.

“The Vauxhall GT X Experimental embodies the spirit of our core brand values,” said Mark Adams, Vauxhall vice president design. “It’s an approachable concept that people can identify with. It confidently combines a pure and bold design execution with progressive technology that makes life easier. Clearly, this vehicle signals a very exciting future for the brand.”

For the first time, the GT X Experimental also reveals a new theme for the front and rear of future Vauxhall models.

The centre crease line on the bonnet represents the vertical axis, while the wing-shaped daytime running-lights – which will continue to form part of Vauxhall’s production car design - represent the horizontal axis. The rear echoes the front fascia, with the Griffin anchoring the horizontal line of the wing-shaped rear lights, and the vertical line from the roof-fin antenna to the crease in the bumper.

Complementing the Compass is the Vauxhall Visor, which is a single module that frames all of the high-tech and brand elements, such as the LED Griffin, and shows the car’s state of operation using different coloured illumination. In addition, the LED matrix headlights, wing-shaped daytime running lights, as well as various cameras and sensors controlling the autonomous driving functions, are all housed under the tinted Plexiglass Visor, which stretches across the front of the GT X Experimental.