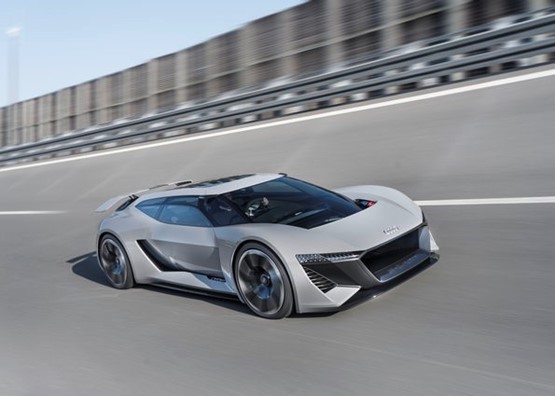 Audi has showcased an all-electric supercar concept at Monterey Car Week, in California.

Inspired by Audi’s e-tron Le Mans racer, the PB18 e-tron is not a typical fleet car but it does give a glimpse of the technology that future Audi electric cars will use.

It features a similar drivetrain to the 2017 Audi Aicon concept, which uses solid-state battery technology to provides a range of more than 300 miles, yet can be charged in 15 minutes. 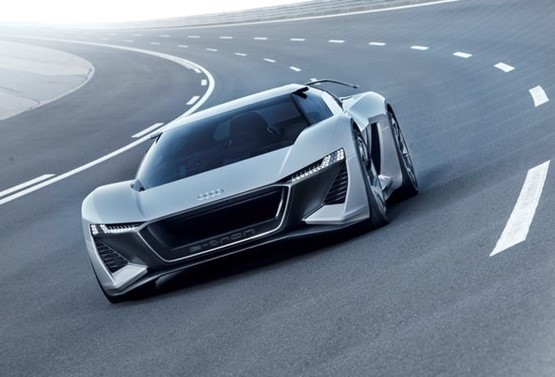 Audi refers to the project as ‘Level Zero’ as it feature no autonomous driving aids, instead the car is fully focussed on driveability.

The concept uses three electric motors – one up front and two in the rear. The latter are centrally located, each directly driving one wheel.

It has a total power output of 680PS, but with a temporary boosting function that can reach almost 780PS. The combined torque of up to 830Nm allows acceleration from zero to 62mph in around two seconds.

A full charge provides for a range of more than 310 miles in the WLTP cycle. The Audi PB18 e-tron is already designed for charging with a voltage of 800 volts. This means the battery can be fully recharged in about 15 minutes.

The Audi PB18 e-tron can also be charged cordlessly via induction with Audi Wireless Charging (AWC). This is done by placing a charging pad with integral coil on the floor where the car is to be parked, and connecting it to the power supply. The alternating magnetic field induces an alternating voltage in the secondary coil fitted in the floor of the car, across the air gap.

The focus is not only on powerful performance but also maximum efficiency. While being driven, the Audi PB18 e-tron recovers large amounts of energy: up to moderate braking, the electric motors are solely responsible for decelerating the vehicle. The hydraulic brakes only come into play for heavy braking. 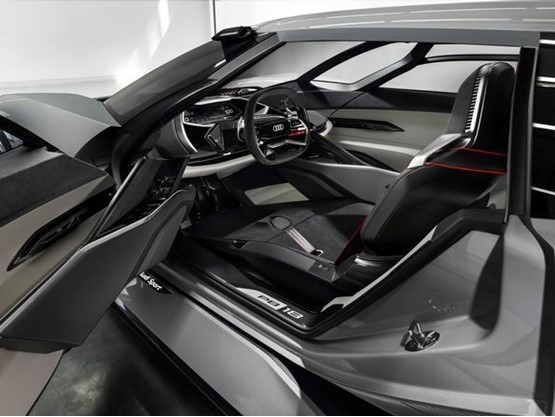 The car’s centre of gravity is located behind the seats and in front of the rear axle – which benefits the driving dynamics. This does not involve the engine-transmission unit, as in a car with a conventional drive system, but rather the battery pack.