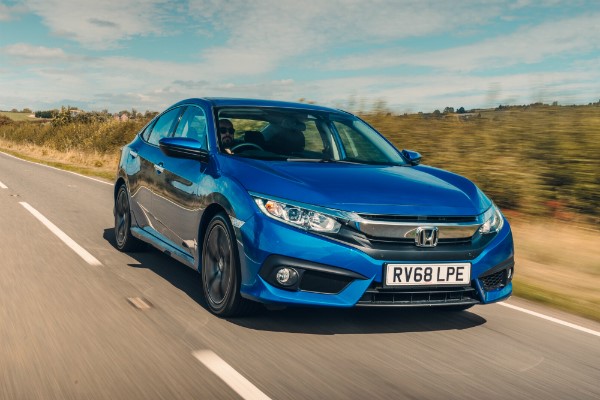 After an eight-year reign as the UK's most reliable car, the (outgoing) BMW 3 Series has lost its title to the new Honda Civic.

This year’s FN50 reliability survey, with cars and manufacturers ranked by the UK's 50 biggest leasing companies based on breakdown and warranty data, has seen a significant shake-up of the rankings.

Japanese and Korean brands have been far more successful this year, knocking the regular European manufacturers down the list. Audi, for example, drops from second to seventh, while Volkswagen has slipped from fourth to eighth.

The performance reflects growing popularity of Asian brands, especially Kia and Hyundai, as they continue to develop more desirable and efficient models.

With UK production, the Civic range is available as a hatchback or saloon with frugal petrol and diesel engines offering CO2 emissions from just 91g/km.

Honda’s success in this survey means it now occupies second place in the best performing manufacturers’ table, leaping from sixth in 2017.

Marc Samuel, fleet sales operations manager, Honda UK, said: “To have the Honda Civic named as the most reliable car for fleets is a fantastic achievement and testament to the work we are doing to deliver a unique and more dynamic proposition to end users. The Civic is a recognised, sporty brand which is renowned for reliability. This achievement further reinforces our strong credentials in the fleet sector.”

Last year’s result saw German brands occupying the top four places, but now only BMW represents the country at the top of the table – holding on to first place for the fourth consecutive year.

Adam Harley, BMW Group UK national leasing manager, said: "For BMW to retain the title of most reliable car manufacturer for yet another year is an outstanding performance. Given the breadth of our range and the significant number of BMWs managed by the FN50, this firmly reinforces the substance of our product.

"We are also delighted that we retain both the 3 Series and 5 Series in the top three individual rankings for most reliable car. Our proactive focus on aftersales support and development is clearly providing the desired results for our customers."

Toyota has crept up the table taking third, while Hyundai now places fourth.

Now occupying second place in the FN50 reliability index, the current BMW 3 Series has reached the end of its life cycle and an all-new model is due next March, following its official debut at the Paris Motor Show in October.

Based on a new platform, the 3 Series will be lighter, more efficient and expected to feature a range of plug-in hybrid engines plus a fully electric version.

At launch there will be a 320d with CO2 emissions of 110g/km and a starting price of less than £34,000, putting it on track to be a strong fleet performer.

BMW’s larger 5 Series jumps two places to third, following the launch of an all-new version at the start of last year. It’s the only large executive car in the top 10.

Volkswagen has two cars in the top 10, although both have performed worse than last year with the Golf falling from second to fourth and the Passat now occupying seventh instead of sixth.

Both are expected to be updated in 2019, re-introducing the plug-in hybrid engines that were discontinued earlier this year due to WLTP homologation issues.

A better performance from the Audi A4 helps the Volks-wagen Group retain a second listing in the top five, following a disappointing drop to ninth last year, the mid-size saloon places fifth this time.

Overall, Audi has a strong year for product launches also introducing a new A8, A7 and A6, plus a new Q5.

However, the A4’s rise up the table wasn’t enough to stop the brand falling from second to seventh in the manufacturer listings.

This was largely driven by a poor performance from the A3, down from third to 15th.

There are two new entrants in the top 10 this year, both of which have just been replaced by all-new versions. The Ford Focus appears in sixth place, while its rival the Kia Ceed takes eighth.

Such a performance puts the newer models in good stead for a stronger result next year, provided they offer improved reliability. Both are expected to enjoy a strong portion of fleet in 2019 with frugal petrol and diesel options.

Kia’s strong performance with the Ceed sees it enter the top 10 manufacturers for the first time, shooting straight to sixth place. Sister brand Hyundai managed an even greater achievement, ranking fourth overall despite not having any models in the top 10.

One of the hotly anticipated fleet models from the brand is the new Kona Electric. It promises a range of 250-300 miles on a single charge, joining the brand’s existing range of alternative fuel cars.

Toyota, another brand renowned for its electrified powertrains, has performed strongly too. Last year, the brand, which usually occupies a top five position, placed ninth.

This year, it is back at the top-end of the table, in third.

Much of the success is down to the Toyota Prius. Now available in both hybrid and plug-in hybrid form, the Japanese model takes ninth place in the reliability index, while the smaller Yaris, which is also available as a hybrid, doesn’t quite make the top 10 but takes 14th.

Nissan occupies tenth place in the manufacturer table, falling from seventh, and the Qashqai ranks tenth in the reliability index, falling from eighth – but pushing the Mercedes-Benz E-Class out of the top 10.

The crossover has been a sales phenomenon since its 2007 inception. For 2019, Nissan has refreshed the line-up, adding a new turbocharged petrol engine and a revised diesel.

> Honda and BMW's successes were announced at the FN50 Dinner held on November 6, 2018.