"The PHEV will be of most interest to fleets: it will be able to travel up to 37 miles on electric power alone – a 50% increase compared to its predecessor." 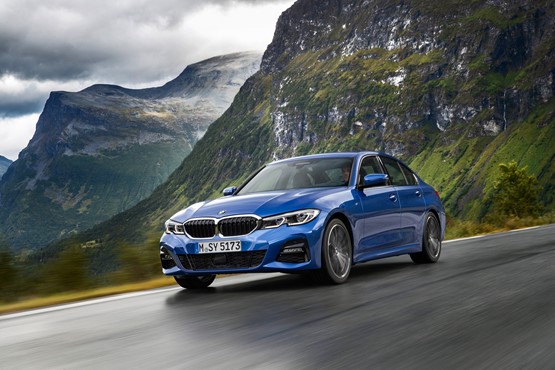 The BMW 3 Series has long been the aspirational vehicle for many mid-management company car drivers.

Its mix of badge appeal, efficient engines and sporty characteristics has proved to be a winning formula in the corporate market, as its constant place among the most popular fleet models demonstrates.

It is also BMW’s best-selling model, meaning that any update to the range is big news for fleets, company car drivers and the manufacturer alike.

None of these parties is likely to be disappointed as the seventh generation of the premium saloon, which will be launched in the UK in March next year, has all the qualities needed to remain at the top of the class.

Designed to look sharper and more muscular than its predecessor, the 3 Series saloon also offers greater efficiency through reworked engines, more interior space and a host of new technologies aimed at enhancing the ownership experience.

At launch, it will be available in three powertrain variants: a 190PS 320d diesel in both rear-wheel drive and all-wheel drive (xDrive) versions, and a 258PS 330i petrol.

Of these later arrivals, the PHEV will be of most interest to fleets: it will be able to travel up to 37 miles on electric power alone – a 50% increase compared to its predecessor – while average combined fuel consumption will be 138mpg with CO2 emissions of 39g/km.

This car was one of 300+ models available to test drive at Company Car In Action 2019, the UK’s largest and most comprehensive test-driving event for fleet decision makers.

BMW expects this powertrain to account for 30% of registrations with more than 90% of those going to corporate customers.

The biggest seller, however, will be the two-wheel drive 320d, which will account for 50% of the range’s expected 26,000 registrations in its first full year, of which 60% will go into fleet.

Under the Euro 6d-Temp exhaust standard, it has CO2 emissions from 110g/km to 122g/km dependent on transmission and trim level. Its official combined fuel economy ranges from 67.3mpg to 60.1mpg.

This is a notable improvement over its predecessor’s correlated-NEDC figure and back on a par with the old NEDC test results. It also compares favourably to its rivals (compare using our tool).

This increased efficiency doesn’t come at the expense of the driving experience: on the international media launch we drove the 320d fitted with the optional eight-speed Steptronic automatic gearbox, and it impressed. 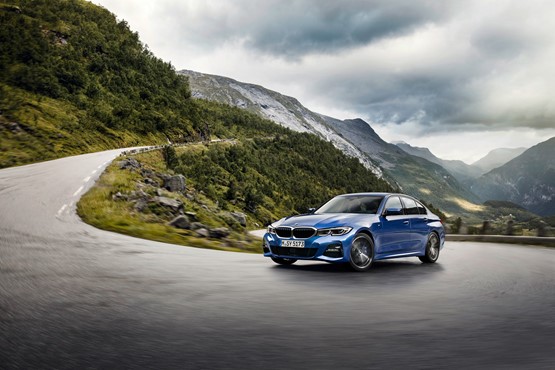 The ride was typical BMW: firm and controlled enough to give a sporty feel but also delivering a decent level of comfort, meaning that progress was unflustered. Its steering was also nicely weighted and precise, providing a feeling of agility.

The cabin also impressed. The new 3 Series is roomier than its predecessor, offering more shoulder and elbow room in the front, while legroom in the back is also greater. All occupants benefit from increased headroom.

The quality of build and materials are admirable, while the refreshed interior design is easily comparable to the best-in-class.

Among the highlights is the new digital instrument cluster, which has replaced the traditional round dials on the instrument panel of the previous 3 Series.

Speed and engine revs are now shown on arced graphics which follow the outside edge of the display, creating space in the centre of the cluster to display information such as navigation guidance. 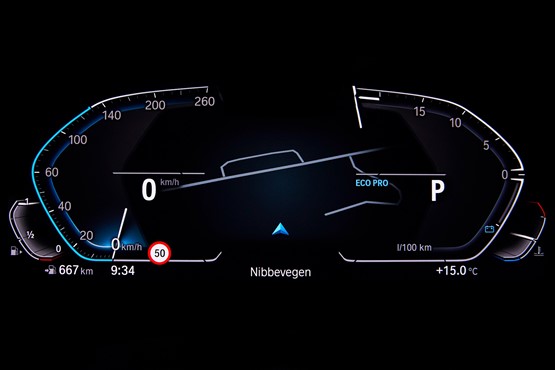 This is complemented by a large touchscreen at the top of the centre console, from where the infotainment system can be controlled. It all feels fresh and intuitive.

M Sport will be the most popular trim level, taking 70% of registrations, further emphasising the car’s sporty appeal. SE and Sport will both account for 15% of sales.

It all adds up to a very impressive package, and one which will not disappoint any company car driver.