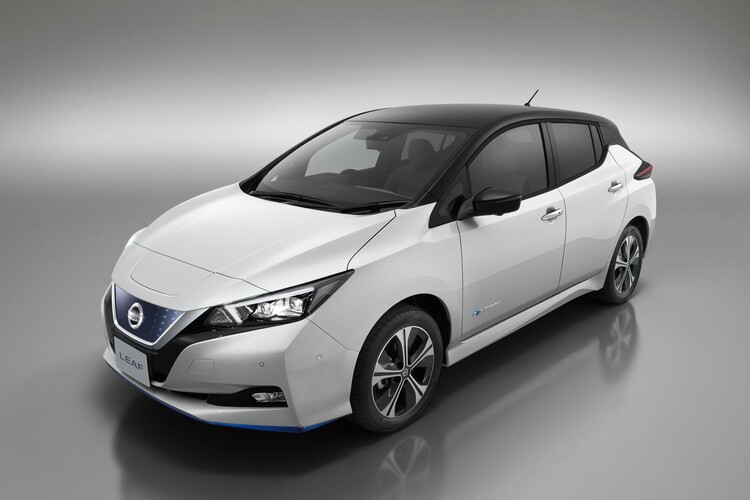 Nissan has launched a Leaf electric car with a larger 62kWh battery and a range of 239 miles on a single charge.

This is a 40% improvement on the range of the standard Leaf, which can travel up to 168 miles from its 40kWh battery.

The 62kWh battery also sees its power rise to 214bhp, compared with 148bhp for the standard model.

The new battery is available initially in a flagship limited edition 3.Zero e+ model, of which 5,000 units will be offered in Europe

The new higher-power battery contains 288 cells compared to the 192 found in the 40 kWh equivalent.

It is almost the same size and configuration as the pack in the Leaf 40kWh, and other than a 5mm increase in the car’s overall height (based on 16-inch wheels), the car’s exterior and interior dimensions are unchanged.

Nissan has also launched a 3.Zero trim level, which uses the 40kWh battery.

The 3.Zero models will feature both e-Pedal and ProPilot.

The e-Pedal allows the driver to start, accelerate, decelerate and stop using only the accelerator pedal.

ProPilot is an advanced driving assistance technology which works on single-lane highways.

It allows the car to stop, restart and stay centred in its lane in higher-speed cruising and lower-speed congested traffic scenarios.

Both models are ready to order now. 3.Zero is priced from £31,095 including the Government plug-in car grant, with 3.Zero e+ costs from £36,795 including grant.